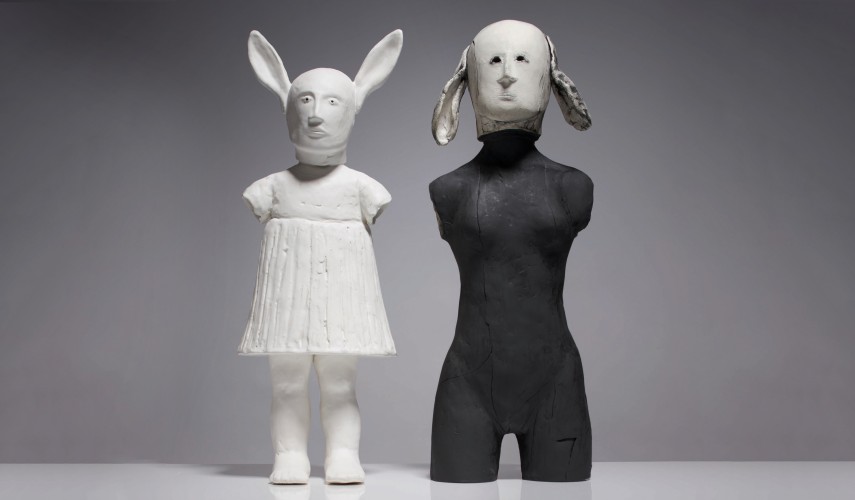 The impression of transcendence conveyed by classical portrait busts mingles strangely with the earthly connotations of lop ears and ovine noses, as if an affinity of contraries were forming in a liminal space between the exalted realm of gods and heroes and the mundane plane of ordinary living things. The result, in the recent figural sculptures of British ceramist Christie Brown, is an effect of somnolent ambiguity, a dreamlike suspension between apotheosis and kenosis in which the familiar tends toward an elevated, mystical state and the ethereal gravitates towards the ordinary. The obvious value of this disruption of polarities is that it invites a fresh vision in which former hierarchies collapse and dissipate, leaving in their stead unfettered possibility. Just as important is the proliferation of potential avenues through which Brown’s work might be interpreted, many of which are plausible simultaneously and none of which triumphs definitively over the others.