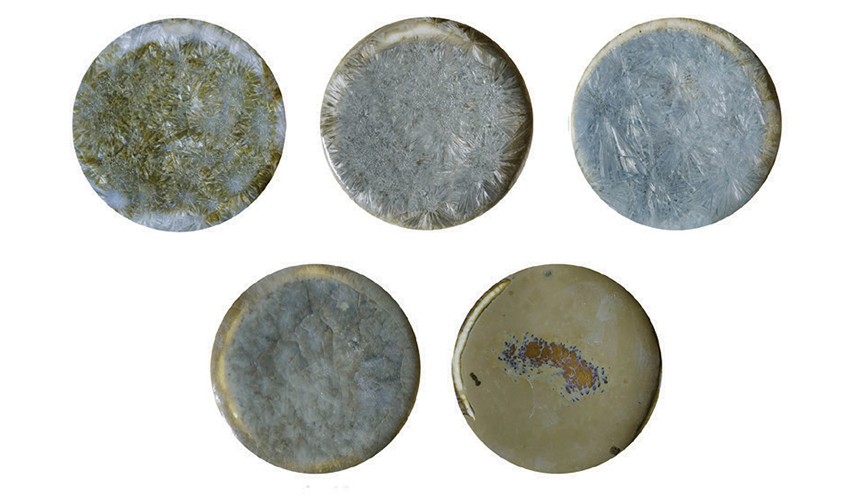 Abstract
Crystalline glaze structures resemble natural forms of minerals such as zincite, willemite, titanium, and various forms of silica. Many ceramic materials actively form crystals which vary widely, according to both the glaze composition and firing cycles. Crystals have varying sizes; from microcrystals similar to aventurines, to macro crystals which can be up to three inches in diameter. The current study aims at examining the different effects of coloring metal oxides introduced in the composition of macro crystalline glaze fired to 1250°C.