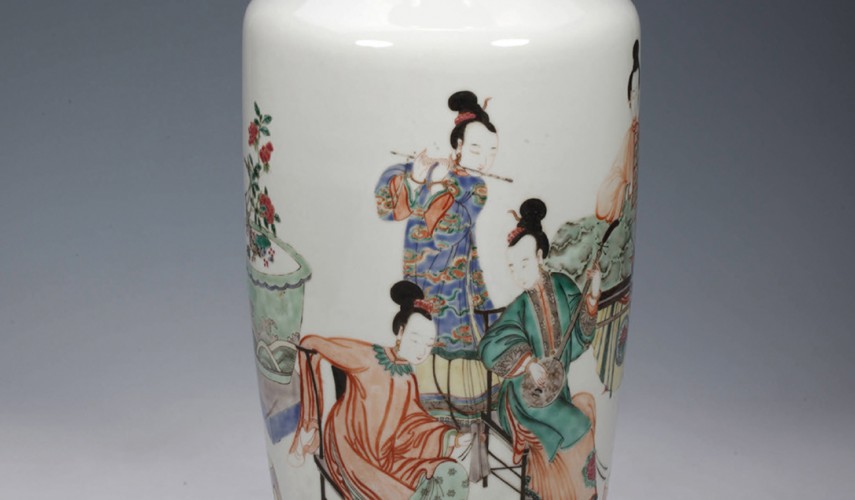 The paintings of women in ancient China were initially created by the literati, generally referred to as Shinvtu (仕女图) – meaning paintings of beautiful women. Female figures gradually appeared in other traditional Chinese art forms, including sculpture, pottery and porcelain. The earliest ceramic wares decorated with images of women were those produced in the Changsha Kiln during the Tang Dynasty. At that time, there were few ceramics adorned with female figures, and only two types of female characters were depicted: female dancers performing the Huxuan dance (a Sogdiana-style dance popularized in the Tang dynasty); and the female immortal named Feitian (飞天) or the Flying Apsaras.

Previous Article: « The Art of Brush and Fire
Next Article: Claire Partington: Tea and Postcolonial Retribution »