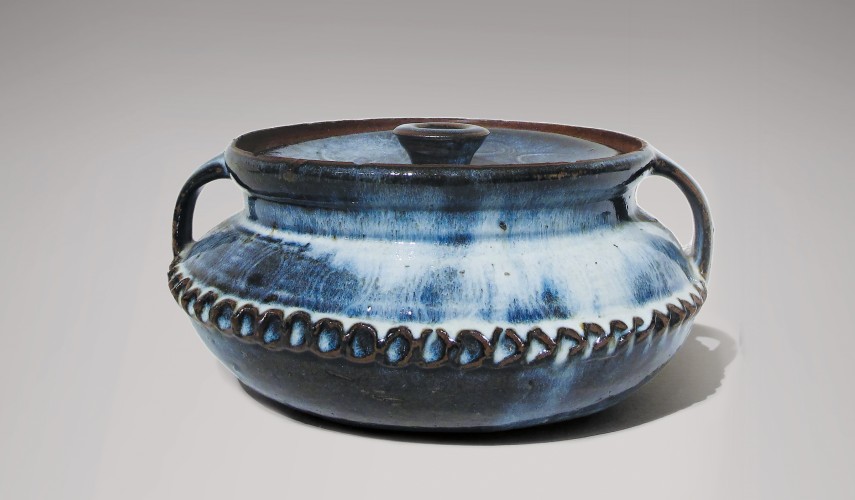 Skoto is a gallery in New York’s Chelsea art neighborhood that often shows African artists not frequently seen in the U.S. A recent exhibition was a stellar example: on view were works by Ladi Kwali (1925-1984), the Nigerian potter best known in the West for her association with Michael Cardew. She came from a family of female potters working in earthenware and made water jars, cooking vessels and more by coiling and other hand work. At Abuja, where Cardew was a pottery officer for the colonial Nigerian government, she became the business’s first female potter in 1954, where she learned to throw and worked in stoneware. She traveled with Cardew to Britain in 1961 and America in 1972, and received honors from her own country and Britain.

Previous Article: « Consumed While Consuming
Next Article: No Green Without Blue: A journey into the sea with artist Jordan Danger »