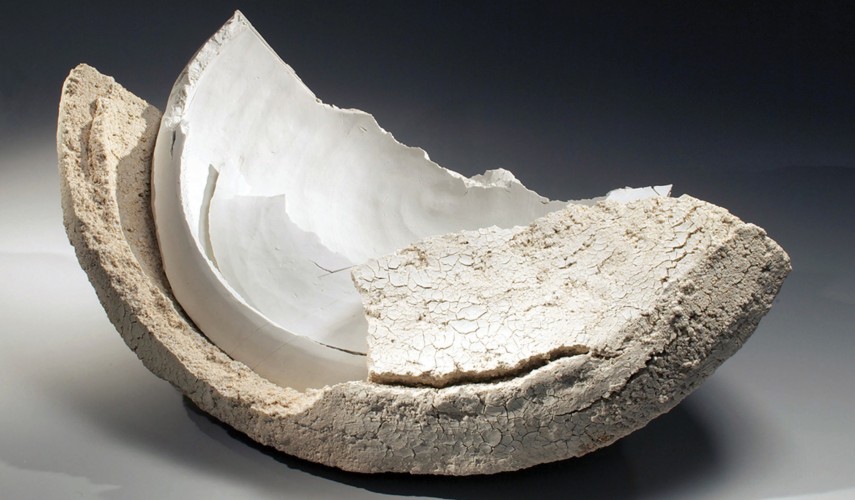 The ceramics of Ogawa Machiko (b. 1946) reflect a lifetime of engagement with unfamiliar cultures and a mindset free from the constraints of nativist essentialism and workshop-based practice. She was born in Sapporo on the northern island of Hokkaido, far from Japan's historic centers of ceramic production. Her family, prosperous and talented in art and music, boasted a long history of interaction with the outside world. Her grandfather, a classic Hokkaido immigrant pioneer and entrepreneur, was a protégé of William Smith Clark, a Civil War hero and educator who helped found Sapporo Agricultural College in 1876 and is celebrated there even today for his valedictory words to his students: “Boys, be ambitious!” Her father was a talented weekend artist and her sisters included a Western-style painter and a pianist. Machiko herself was exposed to foreign languages and culture at an early age, taking piano lessons from a young Québécoise nun at age six, then switching her interest to painting and later printmaking as the family moved from Sapporo to Aomori (in the north of Honshu, Japan's main island) and then to Tokyo. She first encountered the world of ceramics during her high-school years, at the studio of Tsuji Seimei. Although this did not bring about a sudden conversion, she was slowly drawn to the process of handling and working clay, so different than that of painting on canvas.

Previous Article: « War/Warrior
Next Article: Neighborhood of a Glaze »