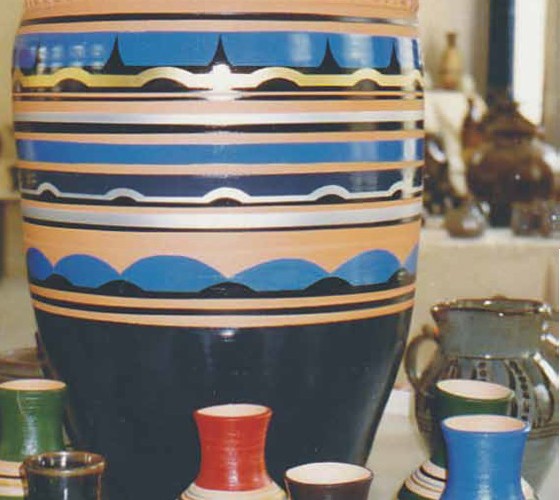 As early as the 1940s, several reports in Nigeria (which later became Nigeria Magazine), a periodical published by the Nigerian colonial government, captured an important transformation in the decoration and finishing of traditional pottery in that West African country. This was the colourful enamel painting of baked pots and clay models by potters and local traders. It will appear that no recent follow-up study has been undertaken of the introduction of oil-based painting (as a new form of decoration) in Nigerian traditional and modern pottery production.

Previous Article: « The Return of Our Mother
Next Article: Magdalene Odundo – Bunting Biennial in Birmingham »