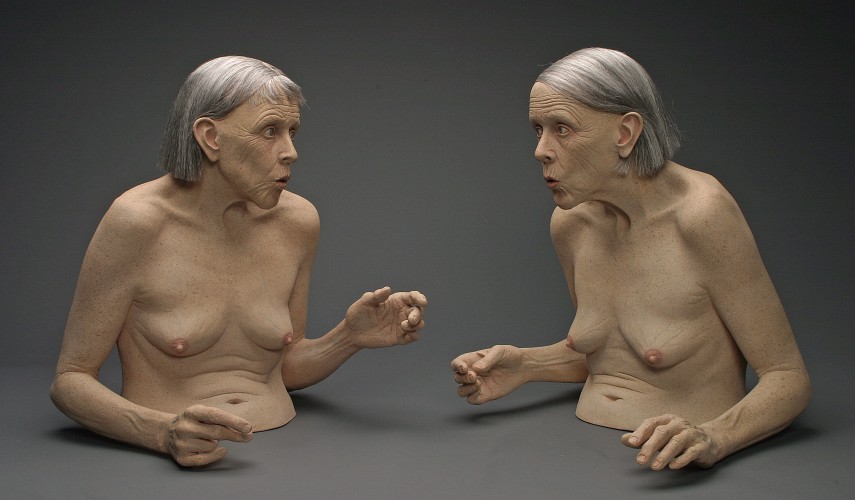 Over the past decade in a series of solo gallery and museum exhibitions in New York, Seattle, San Francisco and Philadelphia, Seattle-based artist Tip Toland has investigated the realist figure in ways that other artists, such as Ron Mueck (with whom she has exhibited), have not. Concentrating on physically and mentally disabled men and women, aging women, Asian male refugees and immigrants, Toland has pursued a postmodern sensibility in that she is moving populations at the edge of society to the center and, in so doing, gaining considerable attention beyond the insular North American ceramics world.