We are delighted to welcome six of the best contemporary ceramic artists from New Zealand to Australia’s great international ceramics festival, Clay Gulgong 2016. They are sure to stun and overwhelm as they work individually and collaboratively on a large figurative and sculptural landscape. 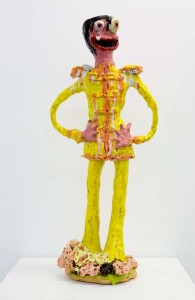 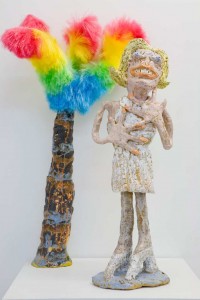 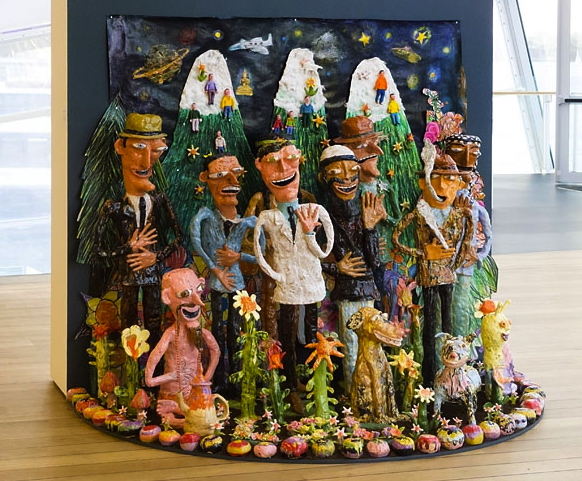 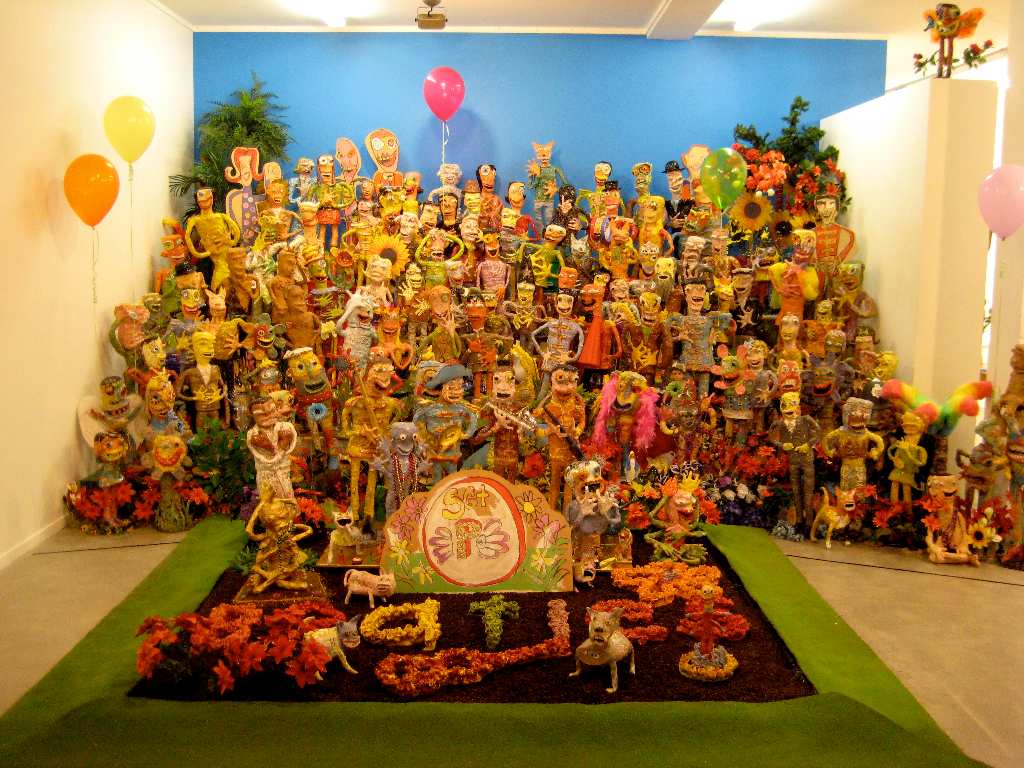 Works usually made for grouping/installation so alongside human figures groups include animals, flowers and are often backgrounded with drawings or projected animation so the whole can take on a surreal air while generating wonder and delight. Subject matter most recently is album covers (like the Beatles St Pepper album but with his own choice of exclusions and some new inclusions such as, De Nooning’s Woman on a bicycle, the Mona Lisa and The Queen all appeared in the final manifestation. However it was no meticulous re-make the installation was far more exuberant and populous. 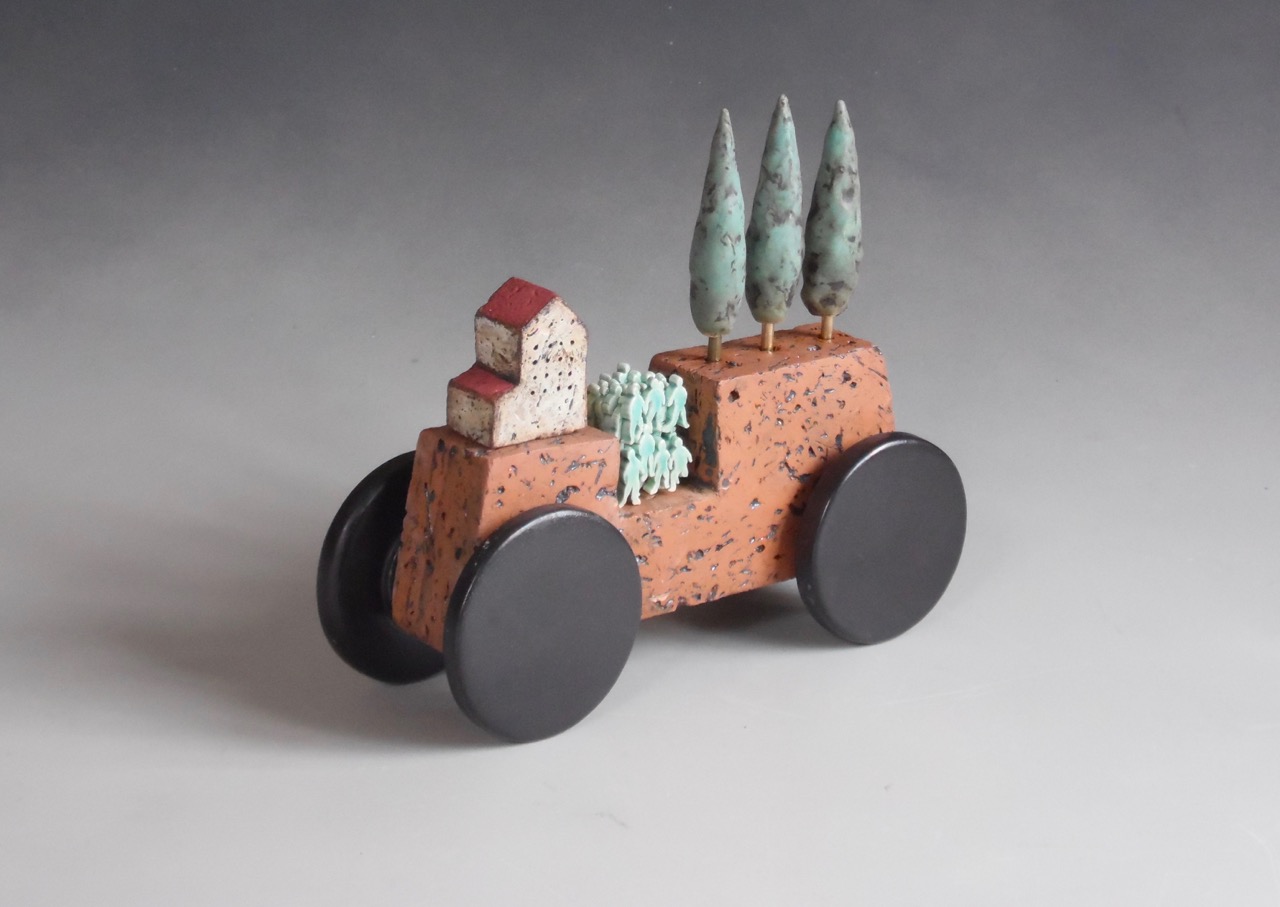 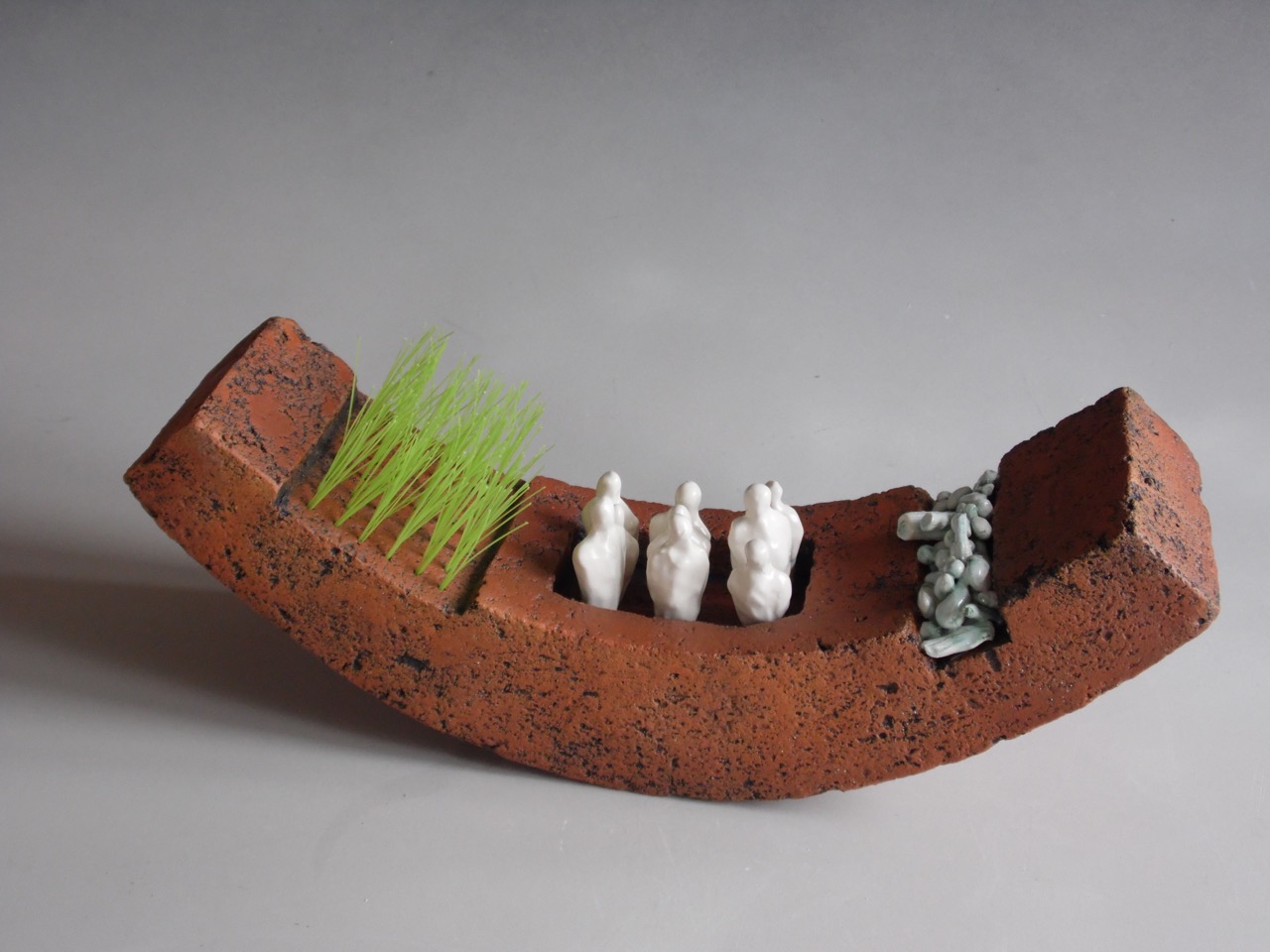 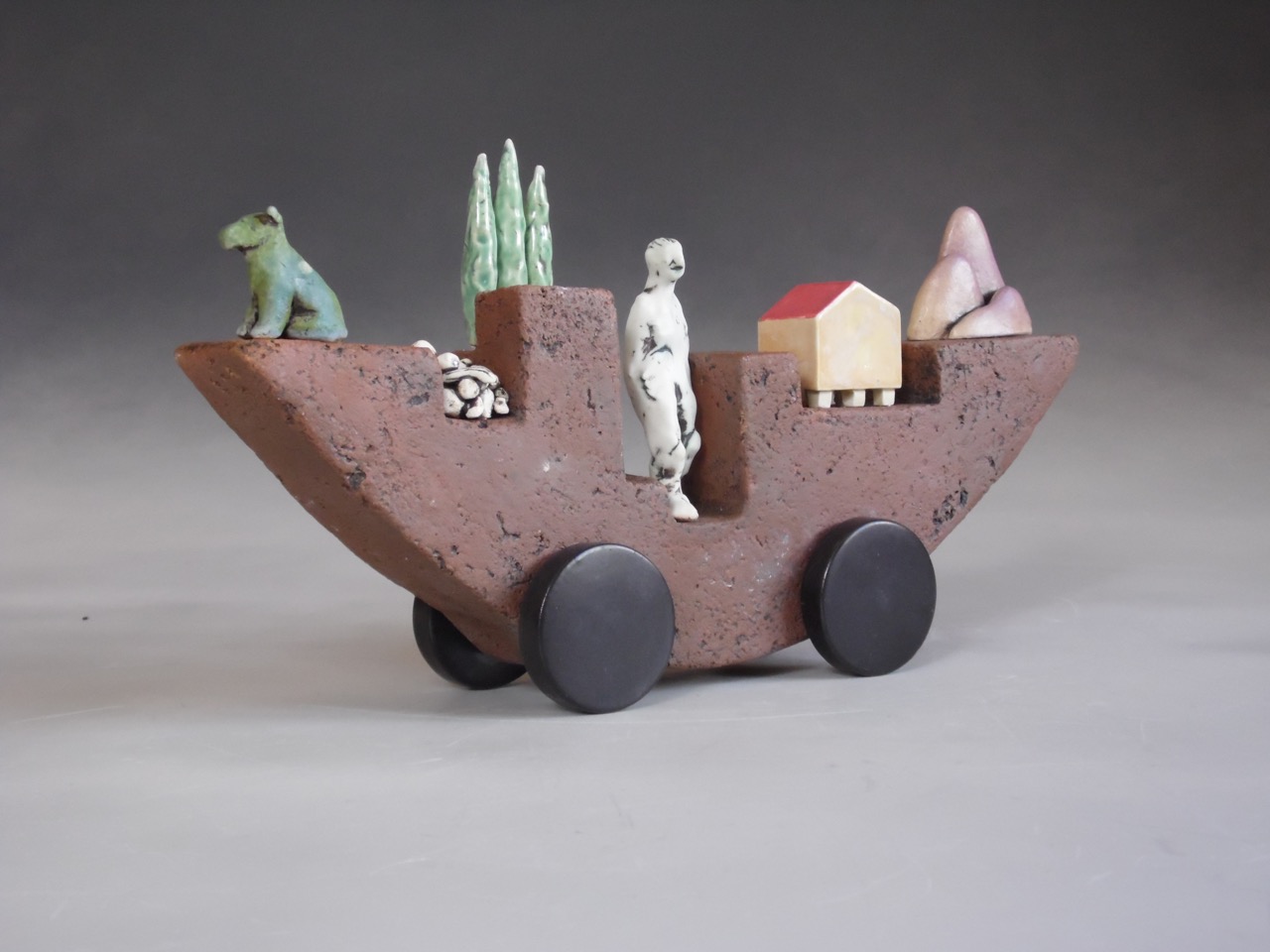 Brendan Adams has been working with clay since 1987. His domestic ware is well recognized for its Pacific colours and related decoration, an easy going kiwi attitude and some unique inventiveness.  He produces a wide range of thrown and slab built domestic work. 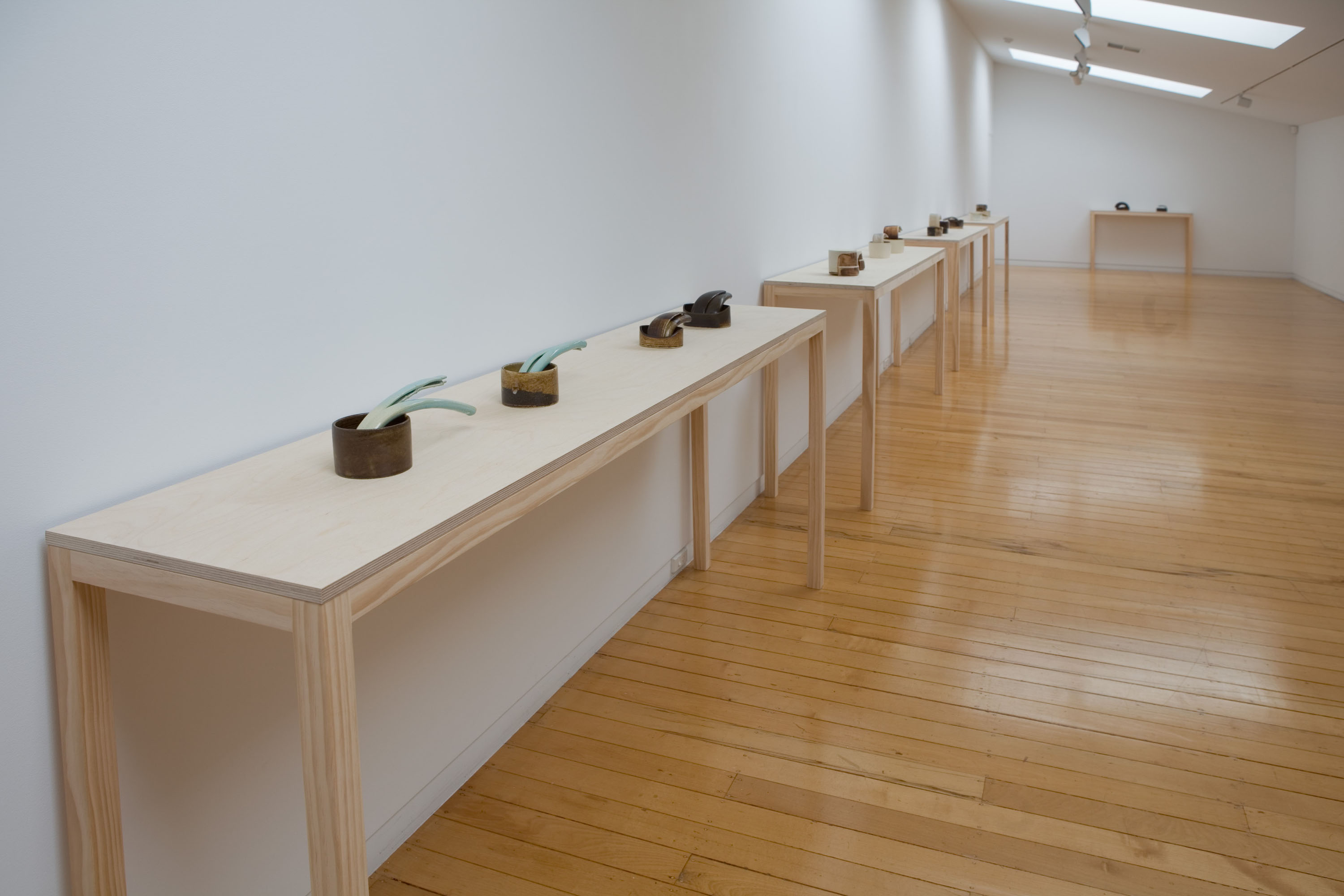 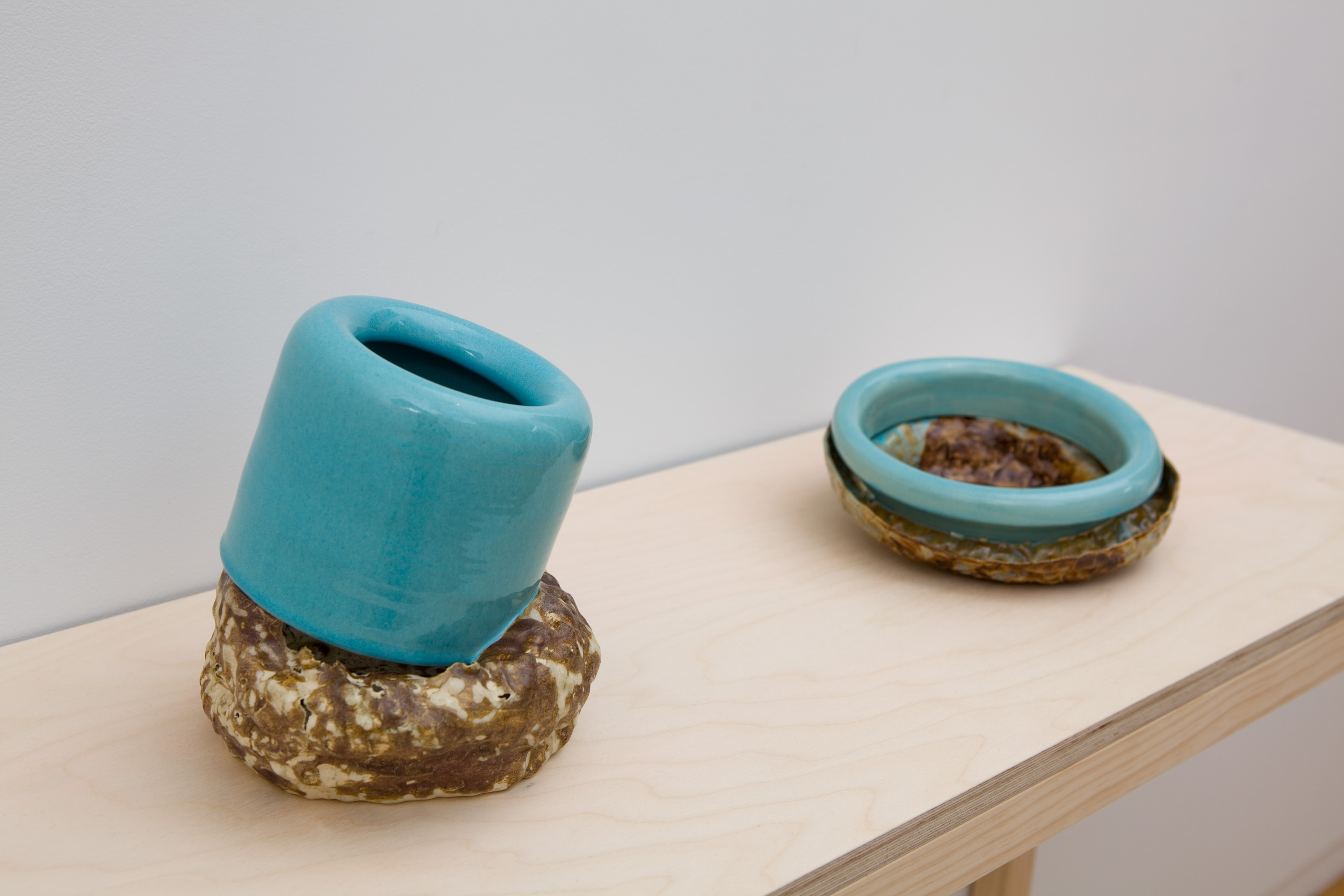 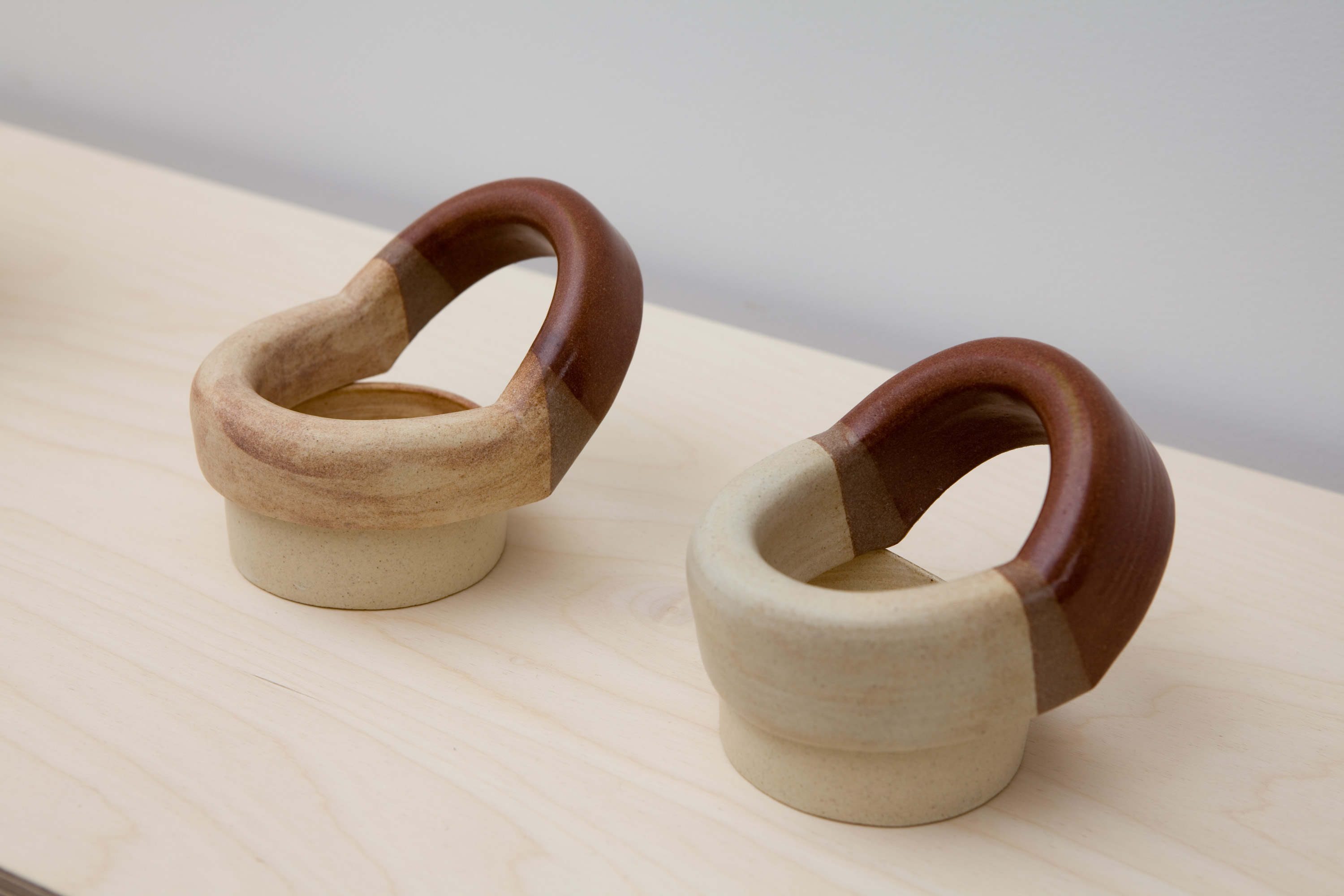 Lauren use sculptural strategies when making in the studio. Cutting back and drawing out, thickening and thinning, making hollow or making solid, stacking and upturning. She finds playing with structural ideas such as scale, density, proportion, and surface a helpful way to experiment with the space between rim, handle and base. 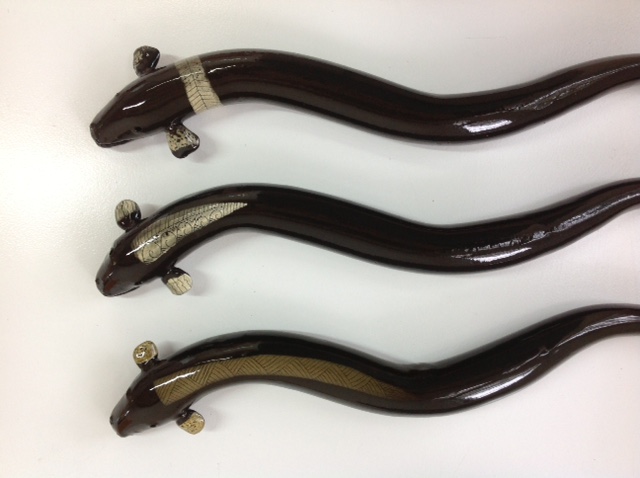 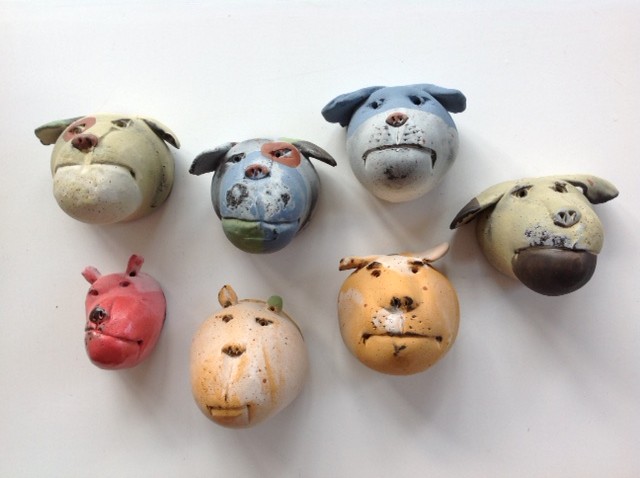 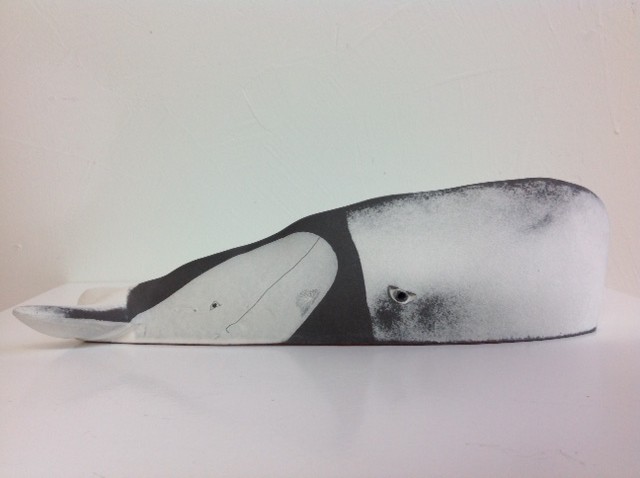 Steve’s sculptural pieces are mostly extruded or hand built using templates. Many of his forms have an anthropomorphic quality and a generous helping of humour. While none could be described as representational, they again often reference the living world; his whales, dogs, eels, are simply creatures as seen through his eyes. Always distinctive is his personal development of layering slips over surfaces. 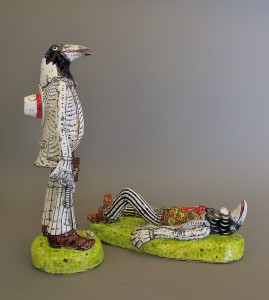 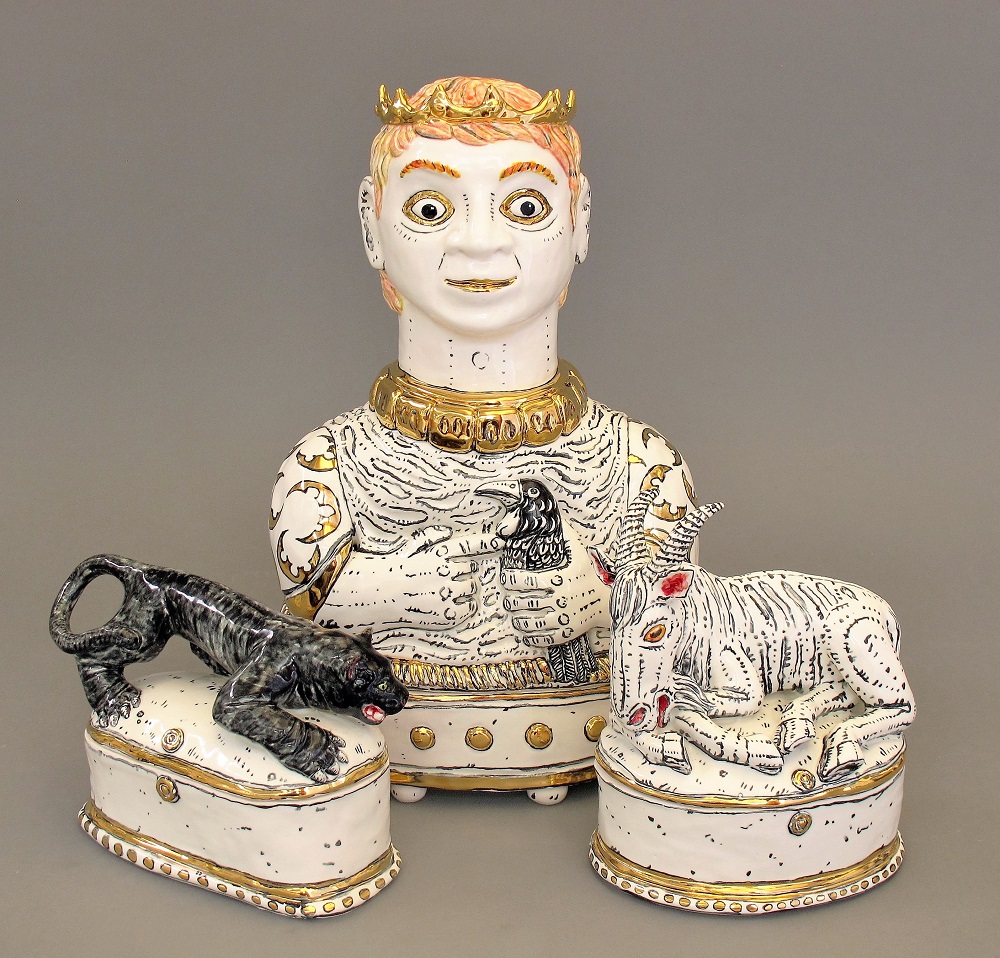 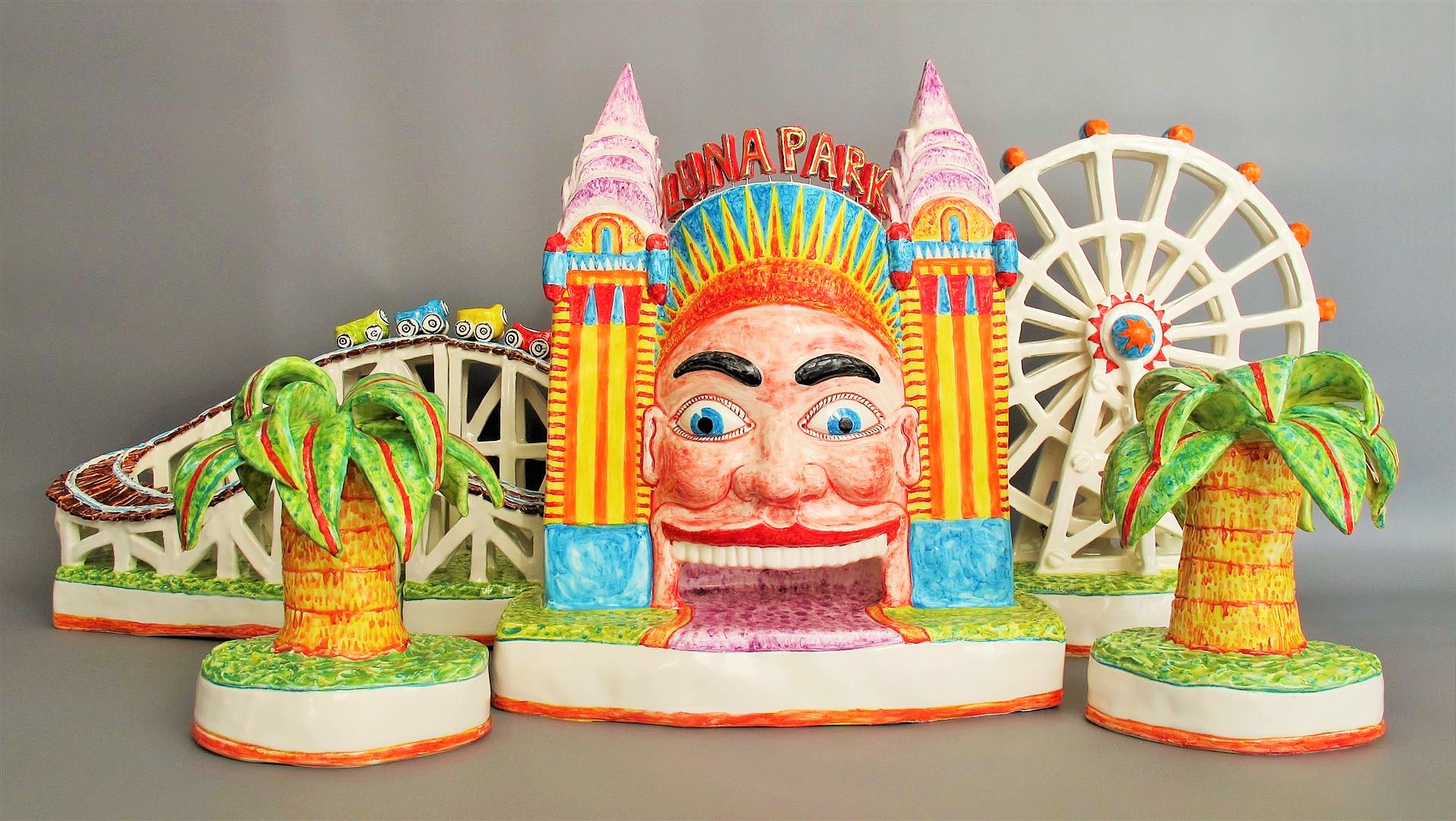 Joseph’s work is strongly influenced by various ancient indigenous power objects such as symbolic Roman vessels, Pacific Island treasures, and the artefacts that remain of the voyages of Captain James Cook. He reimagines these in clay, glaze and stains for his time and place in the world and they have taken the form of ceremonial dogs, a Black Reef Hoard and a depiction of Joseph Banks meeting Maori on Cook’s first voyage to New Zealand in 1769. 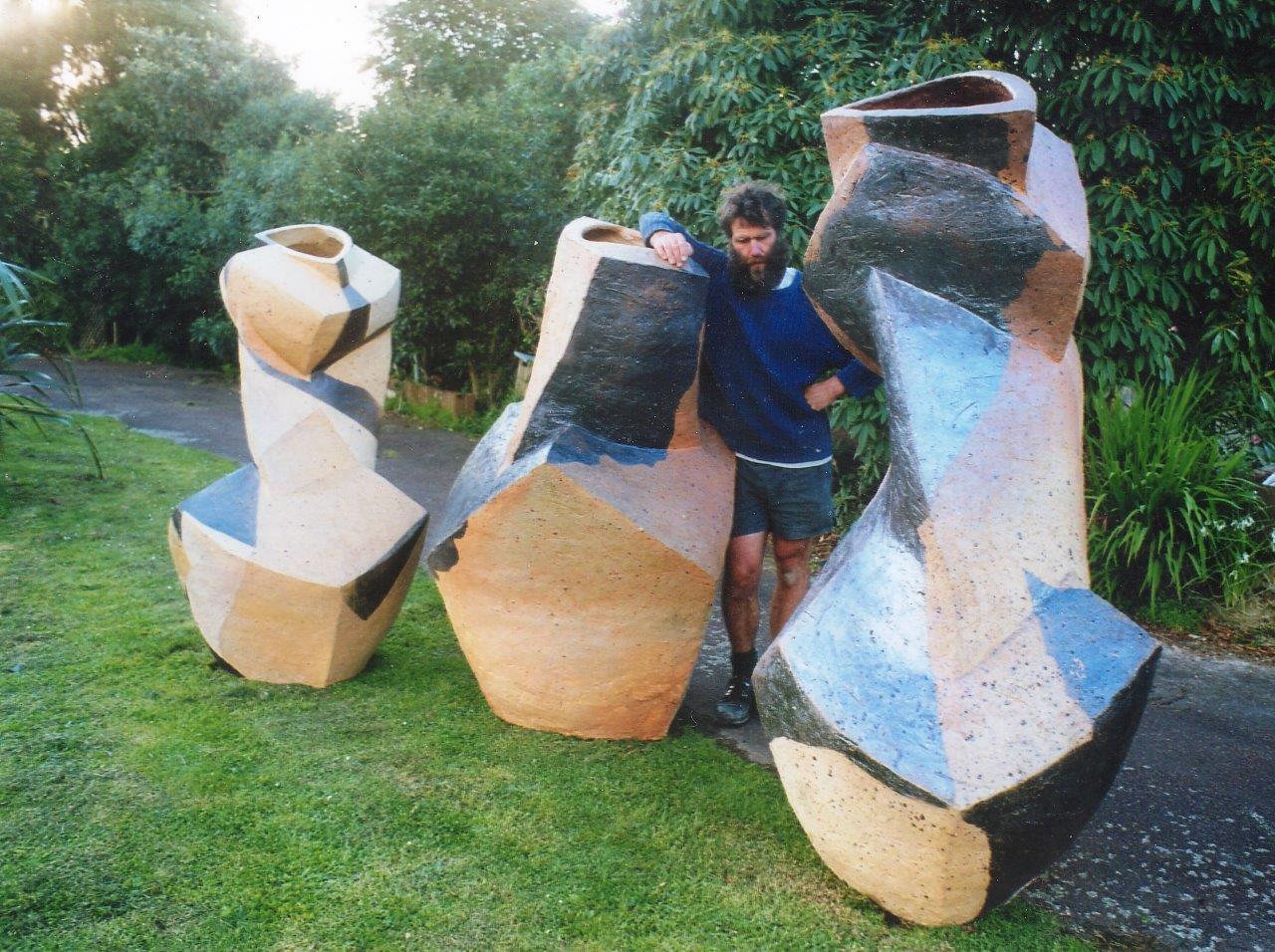 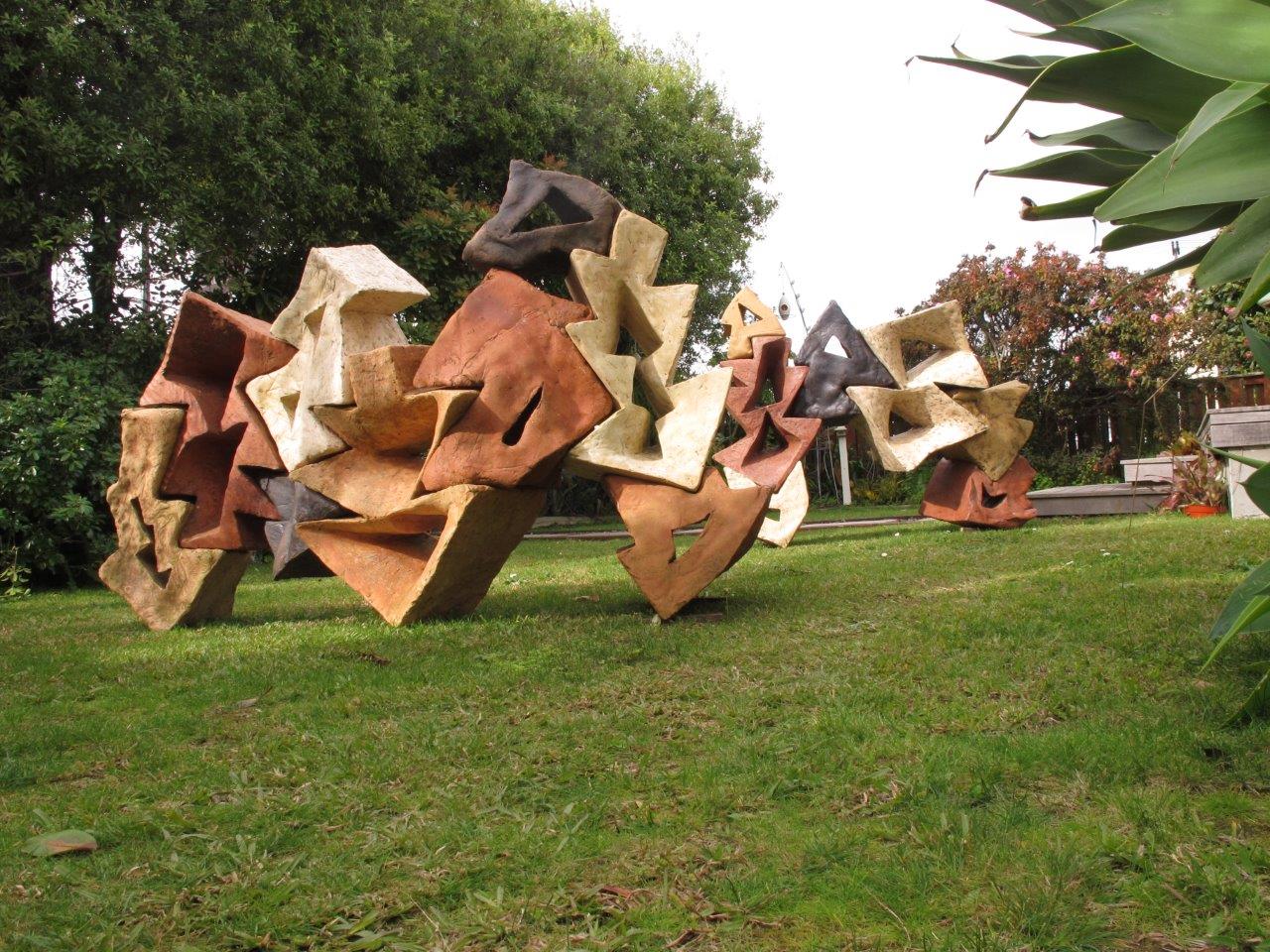 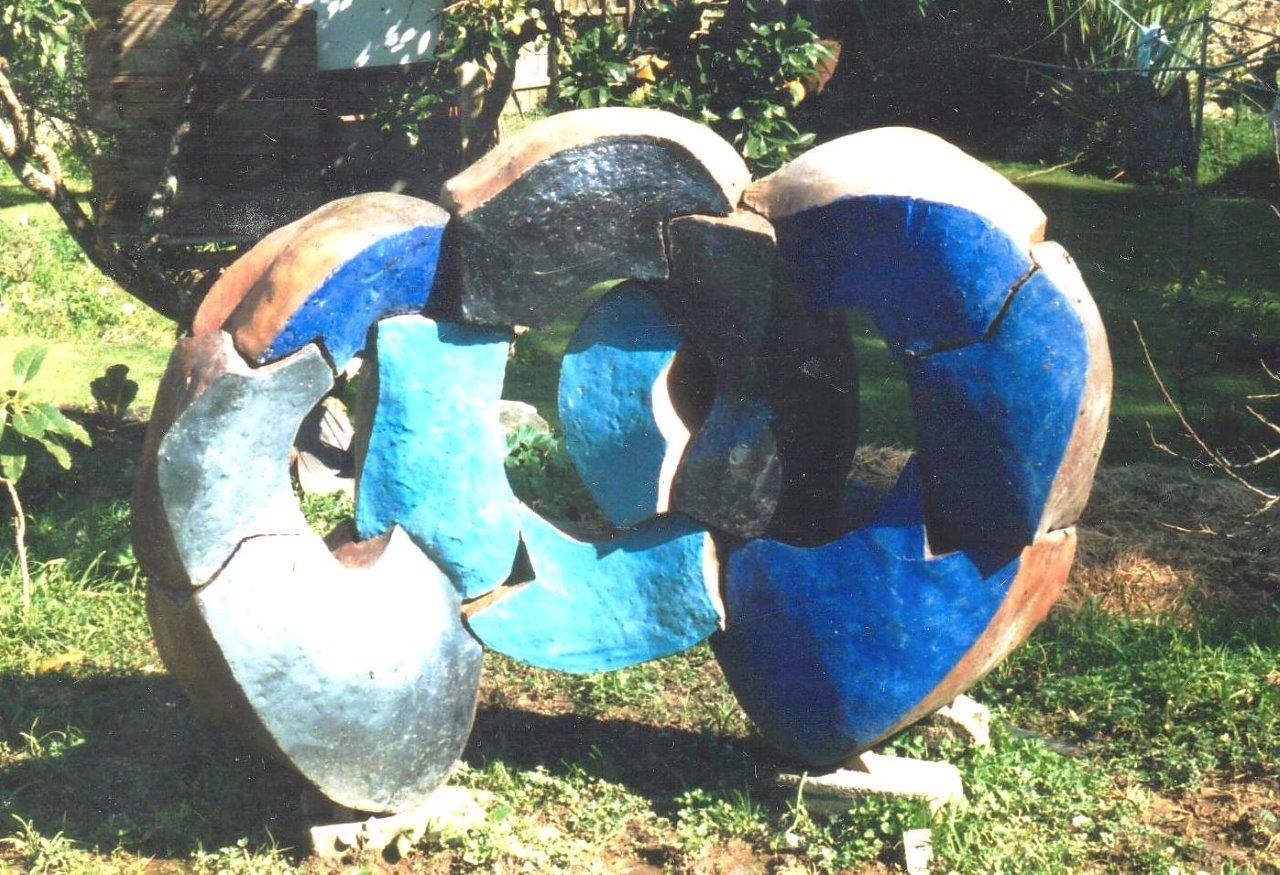 While my earlier work focused on the built up structure, later the interplay of separate parts and the contrasting characteristics of various clays are what did the talking. Over the last few years however I have worked on projects that involved printing onto clay which has forced me to consider surface in new ways. In a recent large public art-work connected to a motorway construction project, photographic prints depicting maps and various images relating to local geography were screen-printed onto clay forms and folded into a large lava-like pour. Moyra Elliott lives in Auckland, New Zealand and is an independent curator, writer and ‘odd jobs person’ in the arts. She is recipient of the CNZ Fellowship for Craft/Object Art and was inaugural curator of the  Taiwan International Biennale  exhibition involving 43 artists from 27 countries. 2014 engagements included the International Academy of Ceramics Assembly in Dublin, Ireland, Kete Art Fair and Symposium in Wellington and the Objectspace Talkfest at Auckland Museum, and presentations at Peter’s Valley NJ, USA and Guldagergaard in Denmark. Elliott’s writing includes, essays, reviews, profiles and books. She is a member of the International Academy of Ceramics. Her blog, addressing New Zealand ceramics, is Cone Ten and Descending Blogspot