King of the Fish 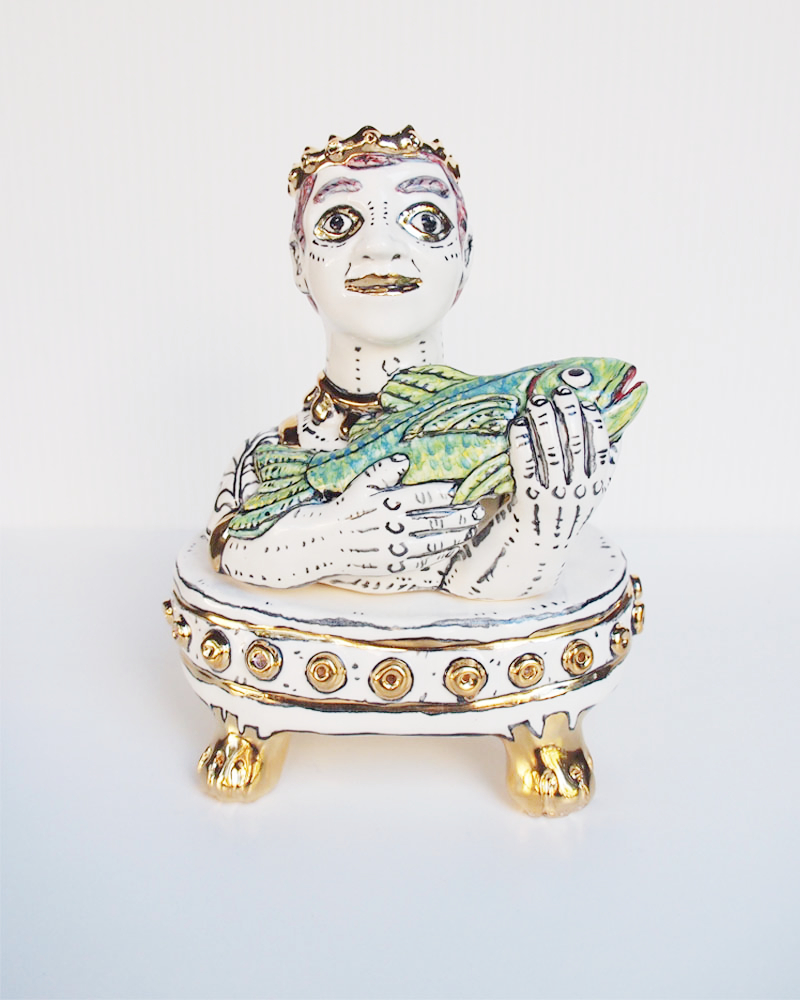 Joseph’s work is strongly influenced by various ancient indigenous power objects such as symbolic Roman vessels, Pacific Island treasures, and the artefacts that remain of the voyages of Captain James Cook. He reimagines these in clay, glaze and stains for his time and place in the world and they have taken the form of ceremonial dogs, a Black Reef

Hoard and a depiction of Joseph Banks meeting Maori on Cook’s first voyage to New Zealand in 1769.