Skip to content
View cart “Ceramics: Art + Perception – #105” has been added to your cart. 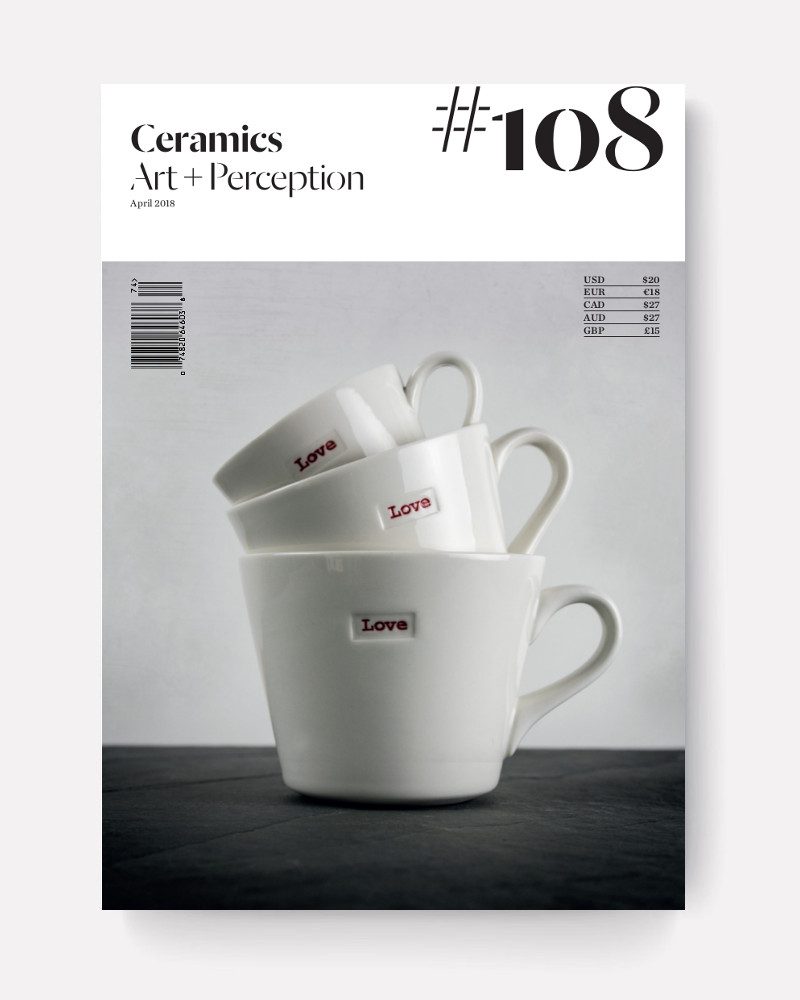 Discontinuous marks — traces of vague, obscure physicality — are loaded in his vessels and adapt themselves to the trajectory of time and action, more clearly fluctuating in space and light. These traces shake up our sight and perception.

One notable aspect of the manufacturing process is the use of round strips called piulos, hollowed out and manually assembled to create complex additions such as human and animal features without the use of a potter’s wheel or molds.

I often think about why these organic patterns are so mesmerizing; one of the reasons is their unrestricted flow, and whether I’m looking at an aerial photo of a huge river delta or a close-up of a human eye it is clear there is some perfect chaos at work.

A recent project was to create a large vase decorated with peonies, a flower revered by a Malaysian family who commissioned the work. It was a daunting commission for Aylieff, not just for the technical problems that she might have encountered when working on this scale and to a deadline, but also to create something that fulfilled the clients brief without compromising her aesthetic.

Newspapers themselves are nothing if not ephemeral, replaced daily. Notions of eternal clay and long-lasting ceramic also play against the remembrance of waste and trash in some of the New York pieces.

There is a wealth of clever pottery, but to my mind clever doesn’t always provide sustenance. I’ve begun to wonder if an older, pre-internet paradigm provided a catalyst for an admittedly slower, but deeper investigation and personal evolution of work.

In 20th-century ceramics, despite the contribution given by the creative female thought to the operativeness, the project and the transmission of knowledge, what we can define as the other half of ceramics, had to accept a marginal position in the world of art and research.

Francesca Pirozzi looks at the work of Clara Garesio

Atypically, the written statements in the exhibition catalogue and on the didactics displayed in the show are in the artists’ own voices. This breaks convention where Aboriginal artists had up until this point been filtered through the curator’s lens.

There are still no shortcuts; no correspondence courses for learning the craft and art of pottery. The skills we make look easy come heavily mortgaged to the Bank of Constant Practice. Converting a ball of clay into a five-gallon jug in the time it takes a skilled surgeon to remove an appendix accomplishes no less a miracle.

We are what we create, and currently this is increasingly communicated through clay – a soulful, alchemistic medium as old as time itself.

Once I had returned to the Peak District, in the north of England, I began exploring texture, and the uncontrived decoration that is developed through the live environment within the kiln.