Drawn by a strong desire to work with his hands and to create something of lasting and true value, in 2009 Geoff Mitchell abandoned his career in computer programming and began a Bachelor’s Degree in Visual Art and Design majoring in jewellery making. Having completed the Degree in 2014 he began his own practice as a designing jeweller in Adelaide.

At the end of 2016 Geoff was awarded a mentorship with Stephen Bowers. This relationship with Stephen dramatically changed Geoff’s artistic trajectory and his work began to shift focus to ceramic painting techniques. This change in direction was cemented when he was awarded the Helpmann Jingdezhen residency in 2018. Since then Geoff has been working exclusively with Australian porcelain, making pieces in his own studio and laboriously hand painting them using the traditional Chinese blue and white painting techniques.

In the years since, his work has advanced through a process of technical and artistic refinement, increasing in complexity and ambition. Geoff’s work has become a meditation on beauty, history, myth and the unconscious in which he creates fragmentary narratives in dream-like landscapes. These works draw on the traditions and iconography of the 16th century Italian maiolica, from master works of the Renaissance, and from a thousand years of decorated porcelain. 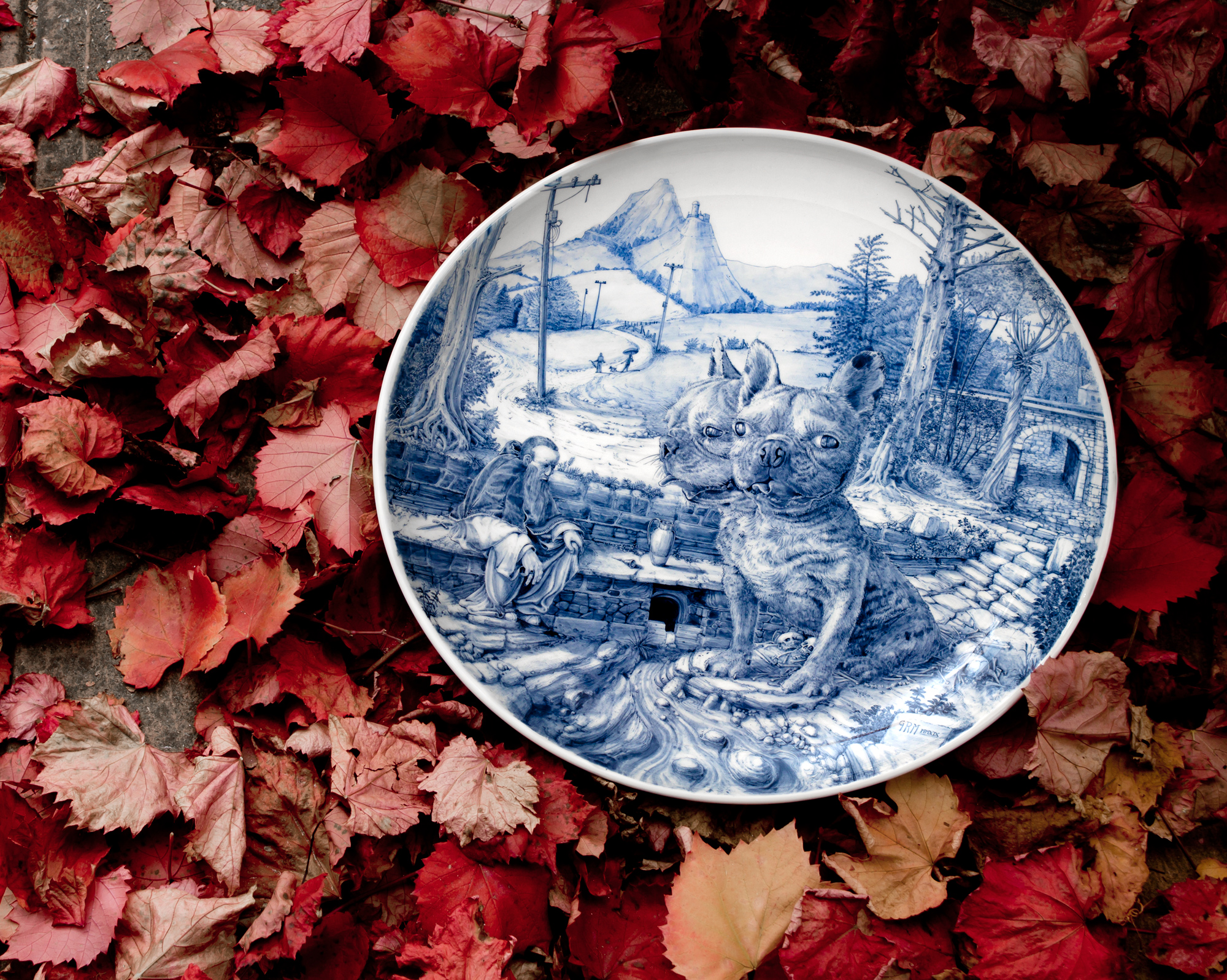 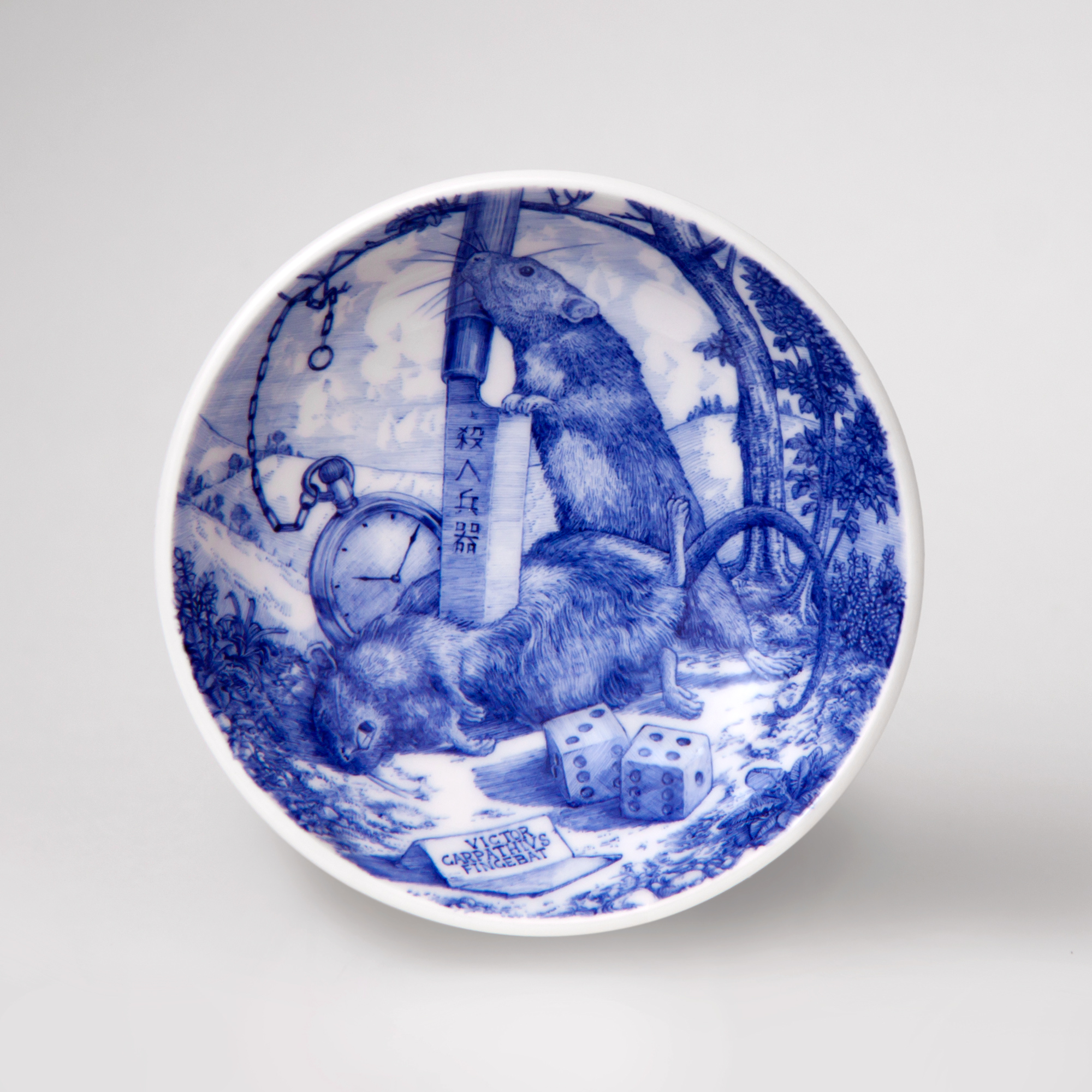 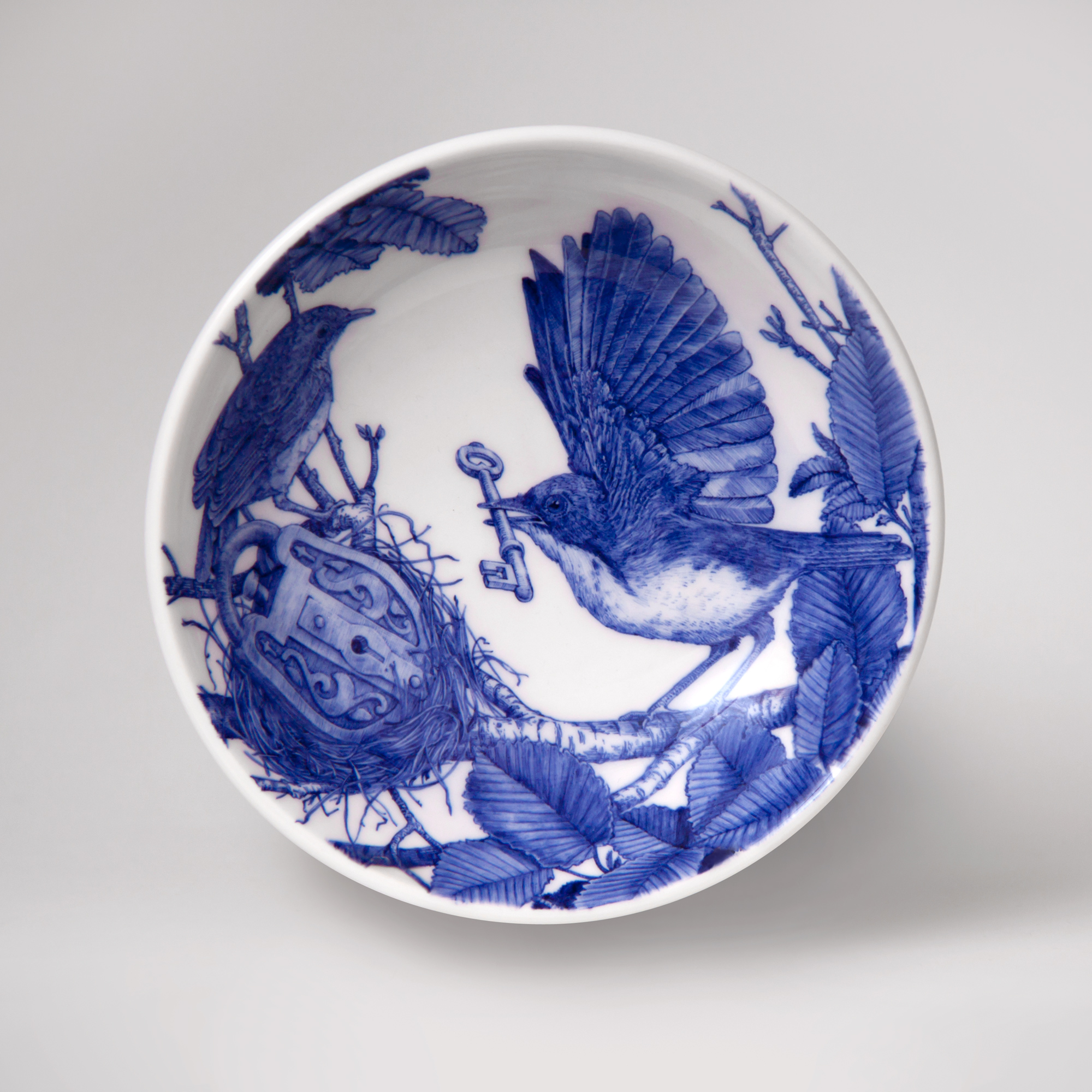 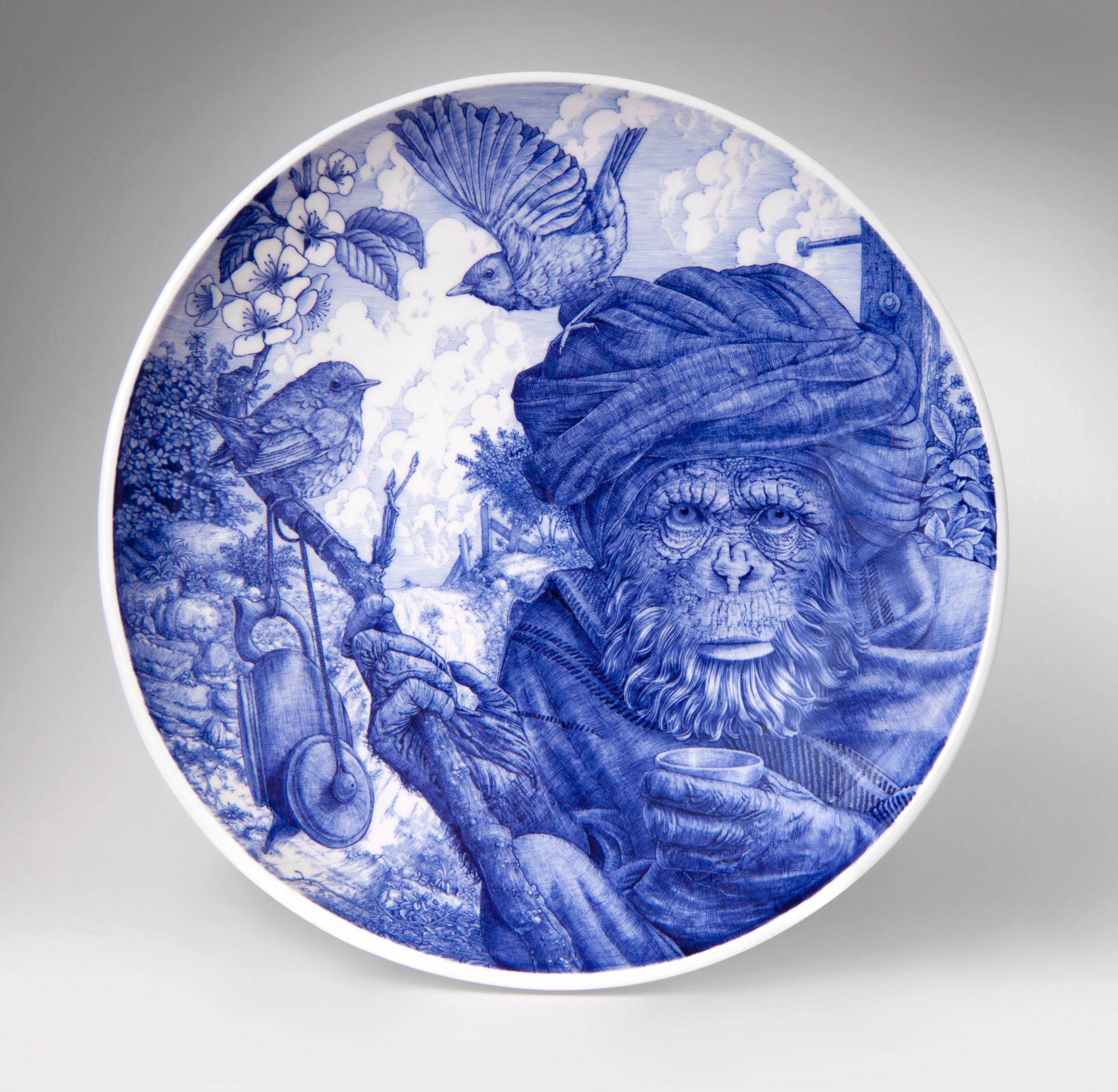 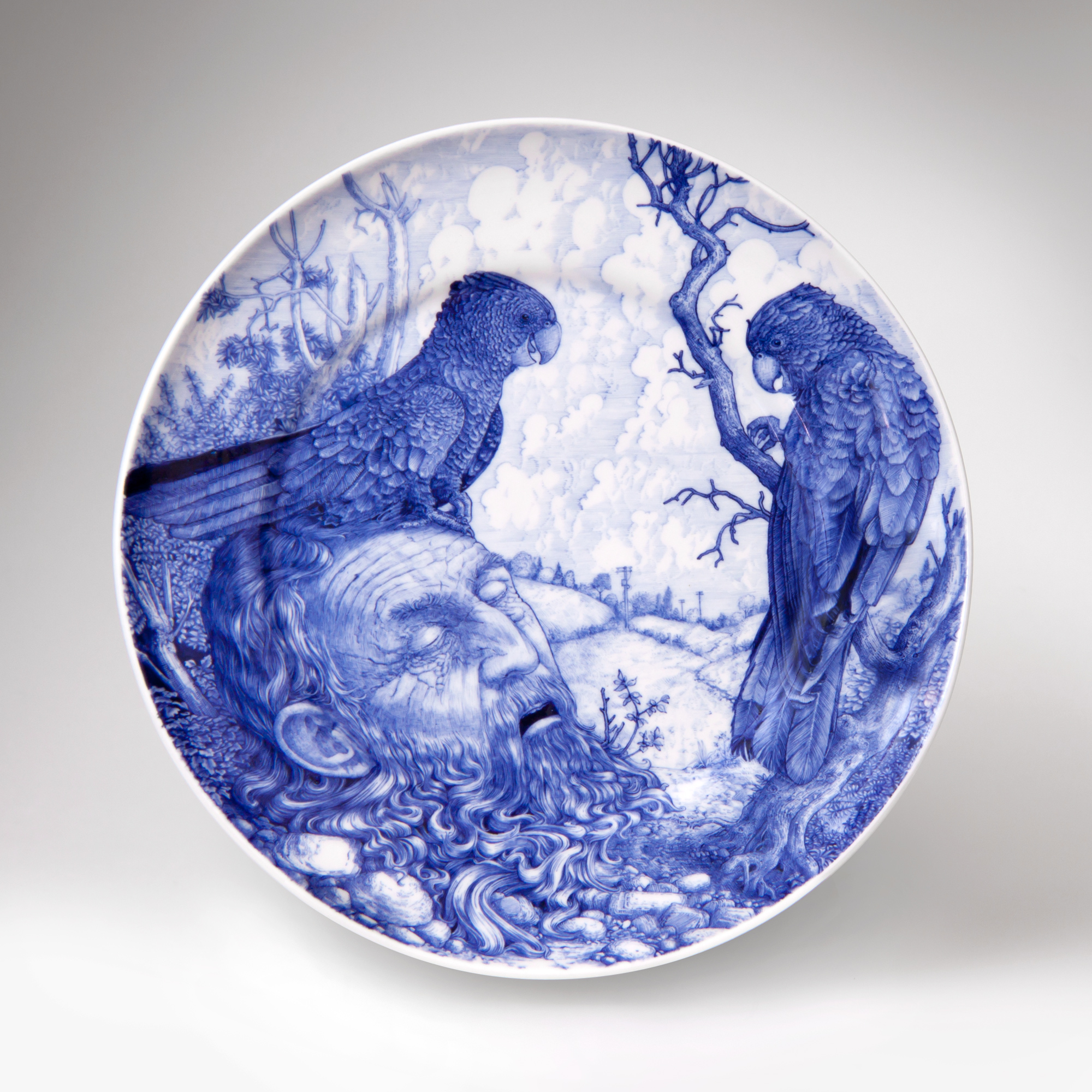 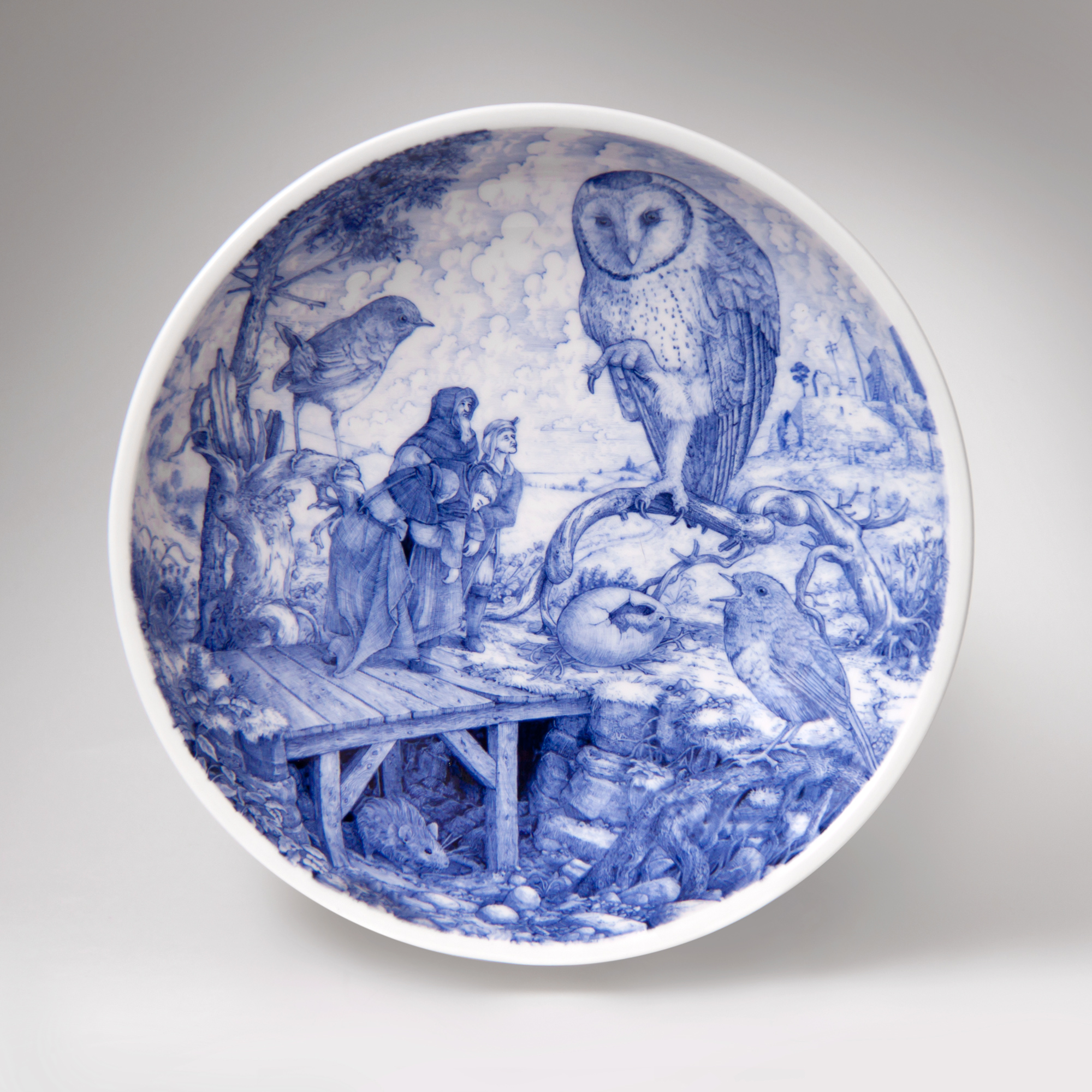