Clay Gulgong has always reflected on the practice of makers and this year for the first time we are going further to consider words and making, reading and writing. This new program is called Readers & Writers @ Clay Gulgong and is coordinated by Catherine du Peloux Menagé, editor, interviewer and writers’ festival Director, working with the Clay Gulgong team. There is at least one Readers & Writers event on every day of the Festival.
Keith Brymer Jones opens the Festival talking to Susan Wyndham about his first book Boy in a China Shop. Owen Rye discusses his life Beyond Short Street and Fleur Schell tells us about her book for children ‘Our strangely normal home’ built around photographs of her work.

Gulgong masters Stephen Bowers, Caroline Earley and Geoff Mitchell will talk about the words and books which have shaped them as people and as makers. Novelist Angela O’Keefe talks about her book Night Blue, written from the voice of the Jackson Pollock painting Blue Poles. Does the work contain part of the maker or does it have its own life and its own voice? A fascinating perspective on continuity and separation of creator and creation.

Nikki Gemmell the writer is running a three day writing workshop to help all those who want to write about ceramics learn the skills to do just that. The Book Nest bookshop from Mudgee will be on Red Hill in the Trade Marquee to bring you books by the speakers and other books you might enjoy.
We’d like to encourage you to sign up for the events in advance at the registration office on Red Hill given that we still need to be Covid aware but you can also just come along.

We’re keen to talk to delegates about what other words they might want to see in the future so please fill in the feedback forms you find at each event and tell us what to add for the next Clay Gulgong Readers & Writers. 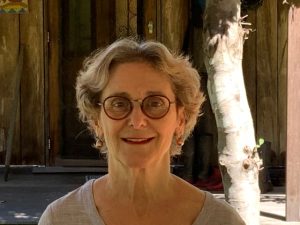 Catherine du Peloux Menagé, the coordinator of the Readers and Writers program is a Festival Director as well as facilitating at writers’ festivals and literary events, following a career in educational publishing. She has been the Artistic Director of BAD Sydney Crime Writers Festival since 2019 and is a Judge of the annual Ned Kelly Awards.
She was Director of the Rose Scott Women Writers’ Festival at the Women’s Club from 2020-2021, co-founded the St Albans Writers’ Festival in 2015 and was its Artistic Director from 2015 to 2018. Catherine is also a teacher and gives talks on the joys of scent and the history of perfume. 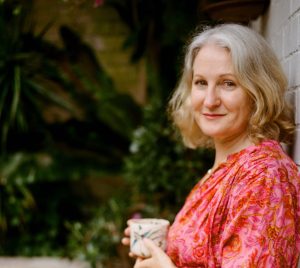 Angela O’Keeffe grew up on a farm in South East Queensland and now lives in Canberra. She completed a Master of Arts in Writing at UTS and has had short stories published in literary journals. Night Blue is her first book and is audaciously told from the perspective of our National Gallery’s most famous acquisition, Jackson Pollock’s Blue Poles, as it examines an artist’s life and the eternal conundrum of great art that springs from monstrous creators. 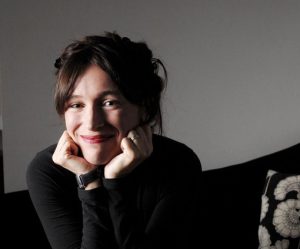 Nikki Gemmell is the bestselling author of 13 novels and four works of non-fiction. Her books have been translated into 22 languages. She was born in Wollongong, New South Wales and lived in London for many years, but has now returned to Australia. Her distinctive writing has gained her critical acclaim in France where she has been described as a ‘female Jack Kerouac’. The French magazine Lire included her in a list of the 50 most important writers in the world – those it believes will have a significant influence of the literature of the 21st century. Gemmell writes a weekly column for The Weekend Australian Magazine and has also written novels for children. Four of her books – Shiver, The Bride Stripped Bare and The Book of Rapture – made the longlist of Favourite Australian Novels as chosen by readers of Australian Book Review. Her latest book is Dissolve, an exploration of female creativity.” 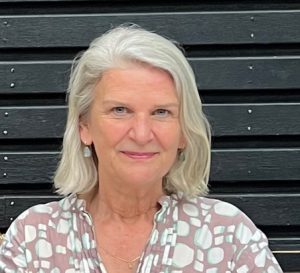