What better way to end a Clay Gulgong festival day than hunker down with a wine and popcorn to enjoy these fabulously restored archives?

Over the past 35 years, filmmaker Marty Gross has collected films and unedited film footage documenting celebrated British artist-craftsman, Bernard Leach and the origins of the Mingei (Folk Craft) Movement in Japan, which remains of enduring influence to this day.
The collection of films includes some early independent films and very significant unseen footage. Restored and enhanced, these films cover more than half a century in the development of this exceptional artistic and cultural movement.
The Mingei Project is particularly important because the films capture a pivotal time in history following Leach and such seminal Japanese figures as philosopher Soetsu Yanagi and potter Shoji Hamada, as they developed ideas that changed the direction of hand craftsmanship.

Evenings will be hosted by Moyra Elliott and will include the following films;
– Bernard Leach Films Mashiko and other Pottery Villages, Japan, 1934
– Hamada Shoji in Australia, 1965
– In the Land of the Morning Calm, 1925
– Mashiko Village, 1937
– Post-war Pottery Making in Tsuboya, Okinawa, 1964
– The Leach Pottery, 1952
– The Mingei Potters of Okinawa, 1940 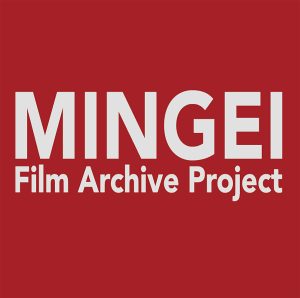