A House on the Street 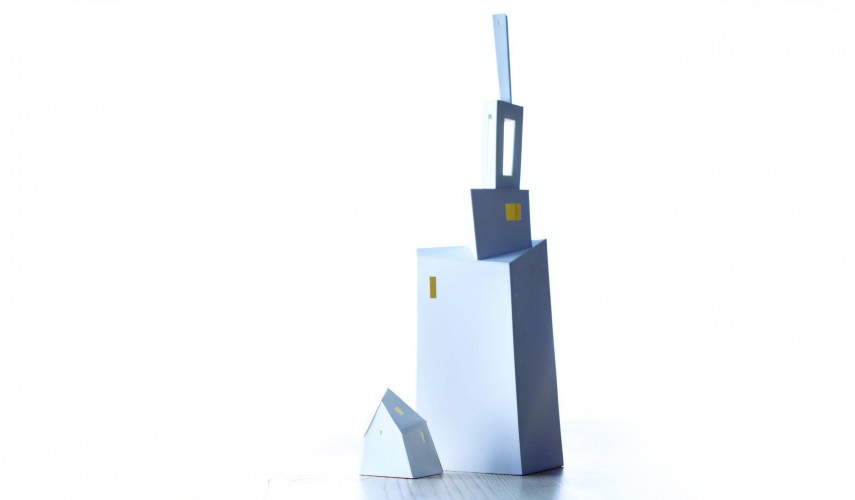 Numerous houses appear in the works of Park Soh-young, a ceramist from Korea. The shapes are diverse, carved with small knives from the paper-thin paper clay, and they look perilous, as if they’re about to fall down.
If the two lines that weave humans in length and width are defined as temporality and spatiality, the most important space in human awareness is converged into a structure called a ‘house’.1 In other words, the space called a ‘house’ is the skin of the existential known as a ‘human being’ and is touching a cloud-cuckoo land that cannot be defined physically. The universal meaning of a house, however, as where the body and soul of a living being can rest comfortably, fades away in Park Soh-young’s works. What is encountered at the vanishing point, where the meaning of a house disappears, is the artist’s aching sensibility, rather than his ideology.