A Village Industry: Mary Watts and the Compton Pottery 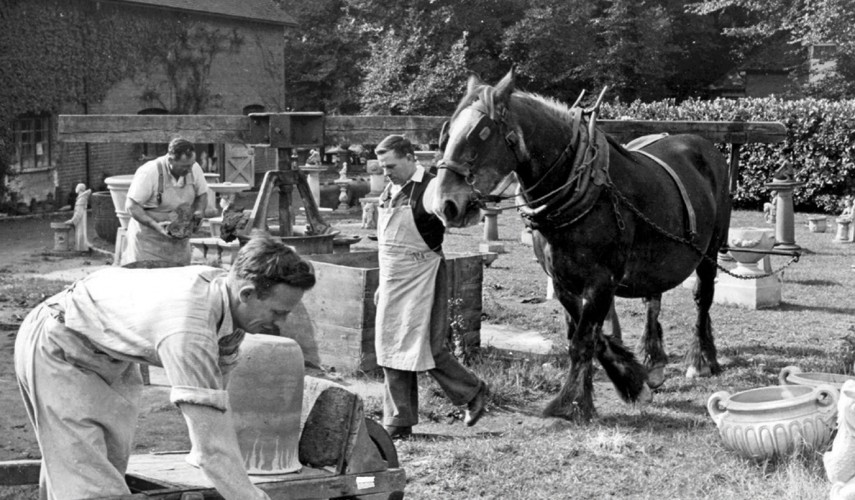 With earth rich in clay, Surrey has been long associated with brickworks and the pottery industry. In the eighteenth century, diminished by the market dominance of the Staffordshire potteries, the county witnessed a decline in production. However in the nineteenth century the Arts & Crafts movement, reacting against mass production and monopolisation, encouraged the revival of locally produced artisanal handicrafts. Designer Mary Watts and her husband, the artist George Frederic Watts, were keen supporters of the movement, with G F Watts lamenting that in the face of the Industrial Revolution “the joy of beauty” was being “crushed by the wheels of machinery and forgotten in the competition for wealth.”