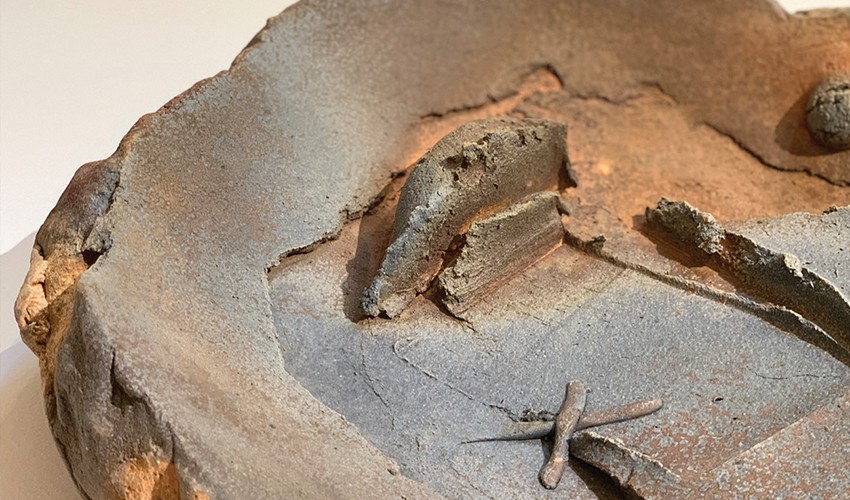 For three months during the fall of 2019, nearly 80 ceramic objects by the artist Don Reitz (1929–2014) were on view at the Westmont Ridley-Tree Museum of Art on the campus of Westmont College, located in the hills east of Santa Barbara in Southern California. Reitz’s creative output was represented by a selection of robust sculptures and exuberant utilitarian ware. Towers, teastacks, large vessels, pitchers, jars, and tea bowls illustrated the creative breadth of this prolific artist, who expertly employed wood and salt-firing techniques to achieve painterly surfaces on his varied forms. Also known as “Mr. Salt”, Don Reitz successfully revived the age-old practice of salt glazing, advancing the technique with exciting effects. When he felt it was warranted, he used colored slips as a counterpoint to the warm hues rendered by wood-firing. In this exhibition, Reitz is seen as an inventive artist − as both a potter and sculptor − whose lifelong engagement with clay offers a satisfying view into late 20th century American ceramics by a maker who was always on the cusp of change.

Previous Article: « The Flavor of Fire: An approach to Flashing in Wood Fired Kilns
Next Article: Industrial one of 3.0: Machine’s hand made »