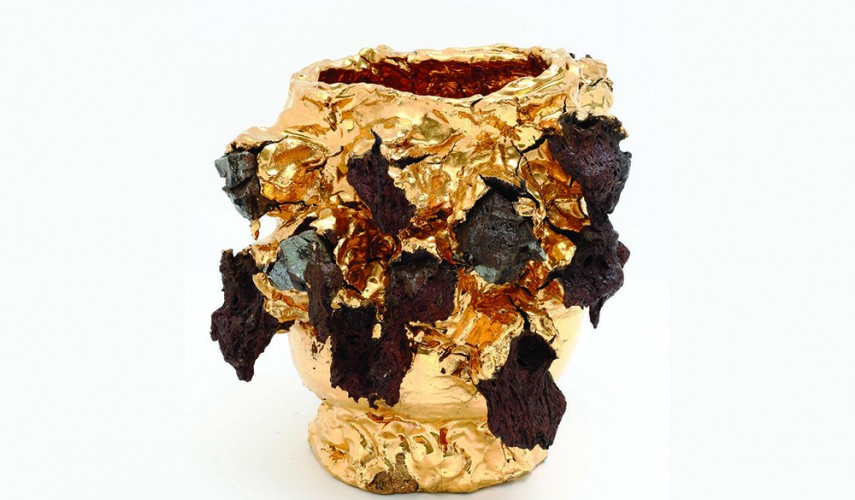 Kuwata Takuro’s whirlwind career seemed amply reflected in this exhibition, which occupied not just Kosaku Kanechika’s gallery but a supplementary space on the same floor of the Terrada Art Complex, a warehouse building in Tokyo’s Shinagawa ward. Kuwata (b. 1981) has had solo shows in Tokyo, New York, London and Brussels in the last three years, and his work is on the art fair circuit as well (Frieze Sculpture, 2017). Over that time he has been focusing on tea bowls, and this recent exhibition continued that. However it included a smattering of non-bowls. One, for example, was a blue and yellow obelisk nearly two meters tall.