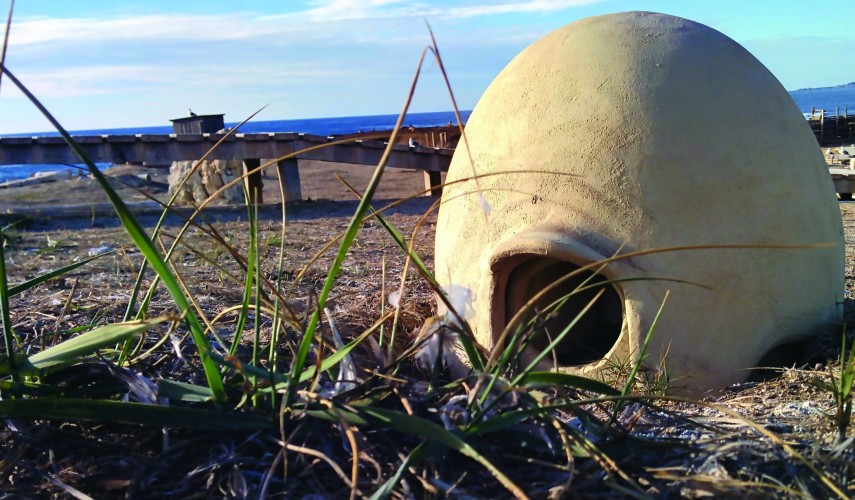 Año Nuevo Island sits in the rough waters of the Pacific Ocean a half-mile off the coast of California, fifty-five miles south of San Francisco. This small, battered landmass is one of the most densely populated animal refuges on earth.1 Access to the island is limited to scientific researchers and park personnel. The Añzo Nuevo State Reserve, as it is called, is owned and operated by the California Park Service. It serves as an important breeding ground for northern elephant seals, threatened Steller sea lions, numbers of harbor seals as well as the nesting locale for various sea birds, including Brandt's Cormorants, Western Gulls, Pelagic Cormorants, Rhinoceros Auklets, Pigeon Guillemots, Cassin's Auklets, and Black Oystercatchers.

Previous Article: « Regina Heinz, an enigma and an inspiration to a generation
Next Article: Silica »

Daniel Johnston: A Portrait of the Artist as a Potter in North Carolina by Henry Glassie