Beatrice Wood Center for the Arts 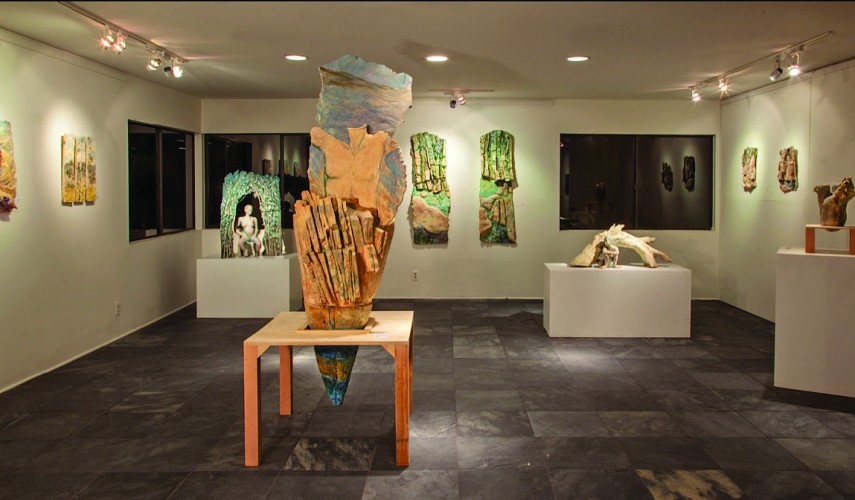 Anyone at all familiar with beatrice wood (1893– 1998) knows that she was an extraordinary individual. Wood – or Beato, as she came to be known – left an outsized artistic legacy when she died at 105. Her creative work encompassed acting, painting, drawing and ceramics, which she pursued in the 1930s at the age of forty to support herself; in her later years, she turned to writing. Her larger-than-life personality attracted such Dada artists as Marcel Duchamp and Henri-Pierre Roché. The three of them are said to be the inspiration for the romantic triangle at the heart of Francois Truffaut’s 1962 film Jules and Jim (based on Roché’s autobiographical novel).1 Her influence represents more than her various and acclaimed skills; after death, she continues to survive as an artistic force in the eponymous California centre that attracts artists and enthusiasts.