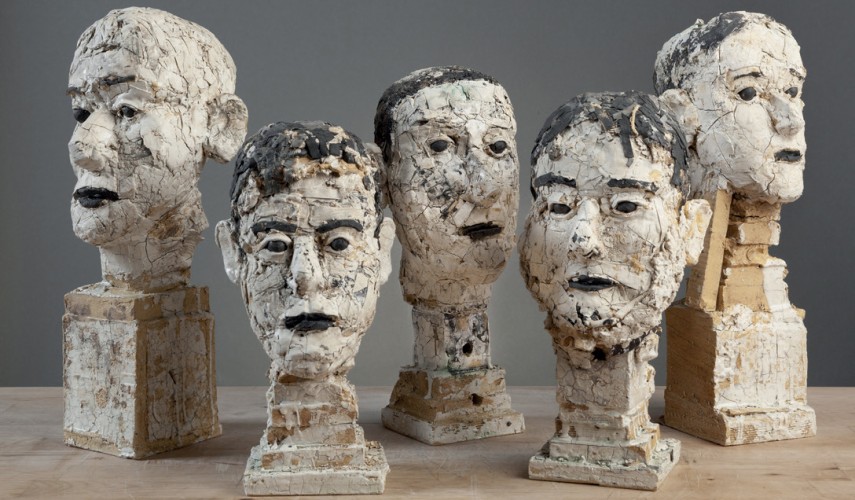 OMG. The gallery space was, to say the least, entrancing, entering into a pseudo-Greek-style edifice of an old revamped Post Oﬃce building, hence the name La Poste. First, one has to cross between two ionic columns and, once inside, prepare to be completely overwhelmed. The presentation itself could be considered an installation although in the sense of an extravagant display. It felt as if being transported into a puzzling scenic environment; a phalanx where every component appears larger than life because each was set on a pure white, large horizontal fit-to-measure stage that was set a few feet above the floor. The troop of tri-dimensional figurative works of art were organized in theatrical military formations, oﬀering a dramatic vista − as if ready to brazenly charge. Was it incidentally a contemporary suggestive reconstitution of the first Chinese Emperor Qin Shi Huan’s Terracotta Army?