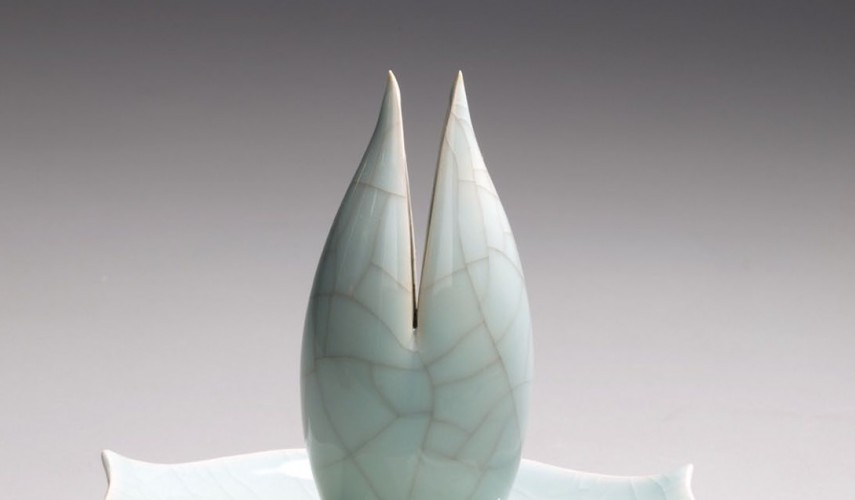 The more than 50 works in the eight winds: chinese Influence on Japanese Ceramics at Joan B Mirviss Ltd in Manhattan provided an in-depth history lesson, exquisite craft and innovative aesthetics. Of the 21 artists in this exhibition, four are deceased, including Sakaida Kakiemon XIV, born in 1934, who has been designated a Living National Treasure; Fukumoto Fuku (b 1973) together with Kitamura Junko (b 1956), are the only females and Wada Akira (b 1978) is the youngest at 35. The Eight Winds title alludes to eight glaze processes and a vessel construction technique that all originated in China: blue-and-white, celadon, iron, polychrome, oil-spot and white glazing, marbled clay and slip inlay. For centuries Japan’s artists were exposed to the influences of other cultures, most relevant here, starting with the introduction of Song Dynasty ceramics (960–1279) through travel by Zen monks. “China’s brilliance and creativity in the realm of ceramics had a global effect and Japan was an early recipient of these traditions in the 17th century,” according to gallery owner Joan B Mirviss.