My Journey in Clay 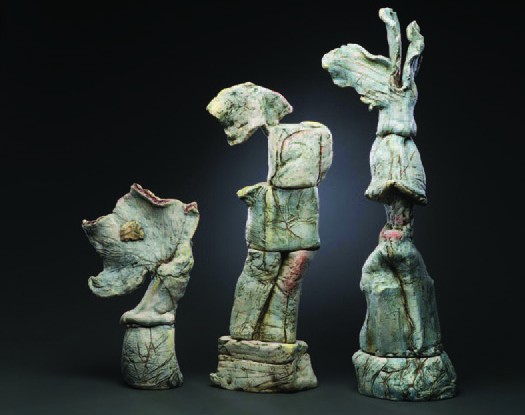 During the last two years of my husband’s illness and for a year after his death, creating art often eluded me. Only able to handle small bits of clay, I found myself sculpting funny little figures
that helped me mark time. Then after nearly a year’s mourning, with the New Year approaching (my first as a widow) I made a plan to produce one figure a day for the entire year. But on January 4th, instead of studio time, news came of my daughter Gypsy’s stage three cancer diagnosis and immediately I was on a flight to Montreal, Canada. Her operation went well. How well we did not know for some time. After 19 days away, I returned home. The rhythm of my attempt at creativity was broken and so was I. Within six months, my stepson was in the throes of acute leukemia and once again I was reeling. Now they both are thriving and so am I, but what happened in between tells the story of a meaningful journey in clay.

Previous Article: « The Sum of All Parts
Next Article: Doi Din Dang »