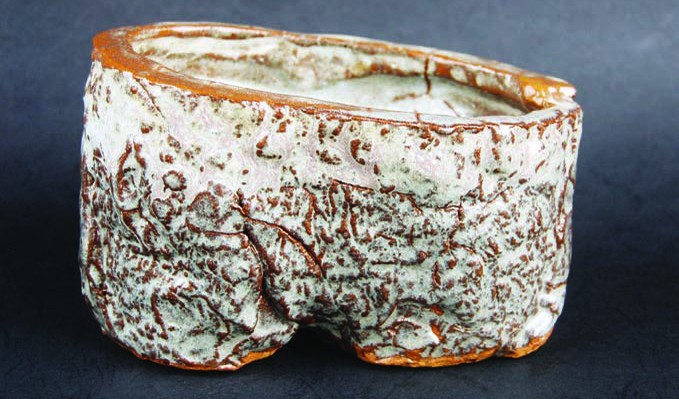 For over a decade and a half, Ozioma Onuzulike has created tableware that has a way of addressing the viewer not only as sculpture but also as visual poetry. Yet, while he exhibits impressive technical skill, his works allude to chance and tend to occupy, as metaphor, a fertile conceptual territory.1 At first glance, they appear simple and seem to contradict the basic function they are made for, which is to serve at meals. However, on a second look, they confront us with the utilitarian dimension that we are used to and consequently invite us to appreciate the forms and textures in relation to their function. Depending on his creative temperament, Onuzulike makes his work figurative or abstract, natural or artificial – either to create easily recognisable forms that perform a known role, or non-representational forms that play on our assumptions regarding their purpose.