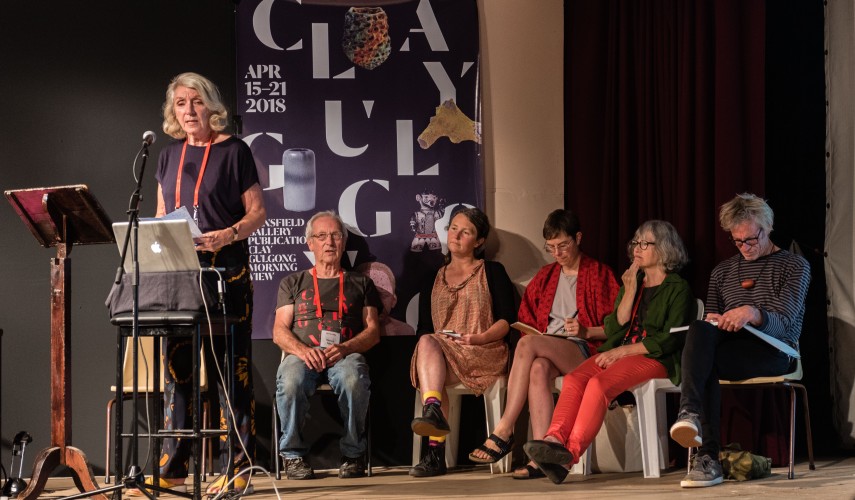 Christine Thacker and clay first made contact during high school days. Their work together has typically been using simple building methods, mostly coiling, with few tools and electric fired at low temperatures with plenty of applied colour. Early works were mostly figurative venturing into vessels and lately lots and lots of jugs, mostly quite large and highly decorated. More recently jugs with faces have reconnected Christine with earlier figurative themes.

Kate Fitzharris grew up surrounded by women who sewed and painted and has been seeing faces in flowery curtains and the bark of trees since she was a child. The small scale Kate employs invites close inspection and a kind of intimacy, something familiar, but not quite. Her work often incorporates other media, such as raw clay and textiles, creating tableaus of people and domestic objects. She draws on ideas of domesticity and wildness, the history of figurines and children’s playthings. Kate lives in Waitati, New Zealand.