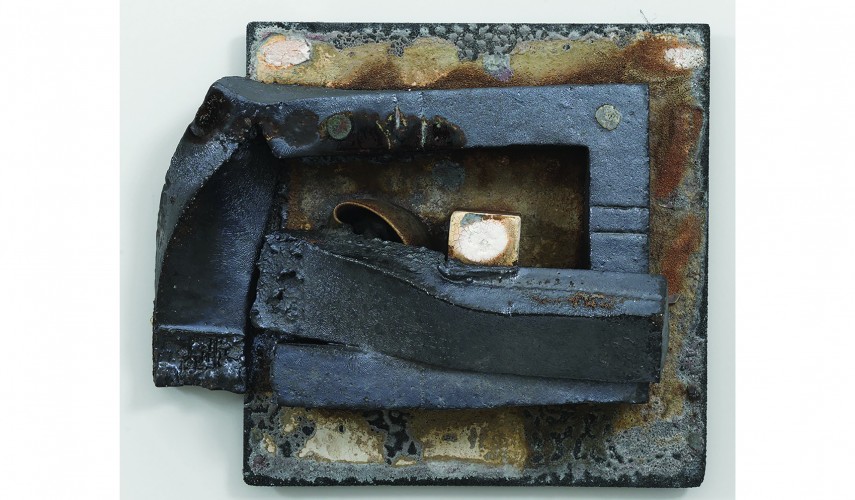 Theaster Gates first began to draw widespread attention for his transformation of a derelict block in South Chicago into a community-service center including a library, which might seem surprising for an artist who began − and continues − in ceramics. He delivered a much-admired keynote lecture at the NCECA conference in Milwaukee a few years ago, and more recently his solo exhibition at the Walker Art Center in Minneapolis included a large gallery lined with wooden shelves on which was displayed an impressive collection of his own pots, some Japanese-influenced, all handsome and straightforward. That archival emphasis was also present in other rooms of the exhibition, one with a collection of racist memorabilia, another a re-creation of the Chicago headquarters of Johnson Publishing Company, publisher of Ebony, the noted magazine of Black culture − an installation that touched on mid-century design but emphasized the power and historical depth of African sculpture and Black imagery.