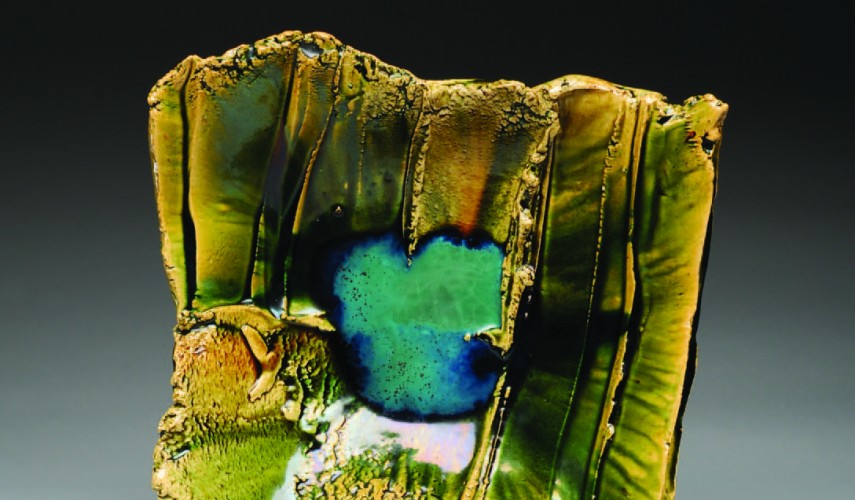 The shape, colour and texture of Kiseto vase #15 evoke bees. A compressed wonky sphere, it looks like a skep. The dulled opaque amber is similar to the colour of unprocessed honey. The glaze’s texture, which appears to sag along the sides of the piece, reinforces this association. This work fits closely to what I would expect from a certain style of Japanese ceramics. It seems like a slightly ‘Funked’ up version of the work of Toshiko Takaezu. Both Shigemasa Higashida and Takaezu create forms that, while not illusionary, refer to nature. Their works reflect nature in a metaphorical way. Specifically, these pieces fit into a distinctly Japanese aesthetic called wabi-sabi. It is an aesthetic of inversion based on combining two almost contradictory beauties. It is the embracing of imperfection and the celebration of the warp, drips, cracks, chips and carbon spots as the sources of beauty. Simultaneously, it is an emphasis of economy of form. To a Western modernist mind that envisions nature and austerity of form as oppositions, wabi-sabi is a bit of a paradox