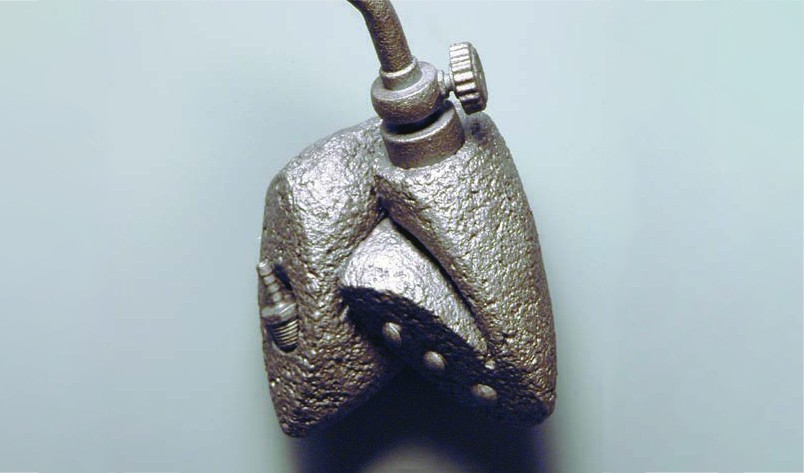 Most art-making tools are to some degree consumed in process: brushes lose their bristles, and chisels, scrapers, and other bladed instruments become blunted and worn. Less frequently, art-making tools have been consumed by art as if they were media to be acted upon rather than themselves instruments of action. A ruler ingested by a Jasper Johns combine painting, for example, ceases to function as a device for measuring or for drawing straight lines and instead contributes integrally to both the form and content of the work. In ceramic art, such instances of employing tools as media have been rare. In the 1970s, however, John Mason built sculptures from kiln bricks, and later Jim Melchert began glazing kiln shelves. This vein of ceramic art production, partly motivated by conceptual issues and partly reflecting a pragmatic frame of mind has, for a number of years, been explored by sculptor Juan Granados in a series of small carved kiln-brick works that complement the larger sculptures of his ongoing Pump series. Perpetuating the forms on which he has relied for the past two decades, he eschews modeling in favor of techniques of carving and shaping through abrasion.

Previous Article: « Ceramics with an Agenda
Next Article: The Winners of the 13th International Biennial of Ceramics in Manises, Spain »