Juris Bergins: Creative work as a search for identity 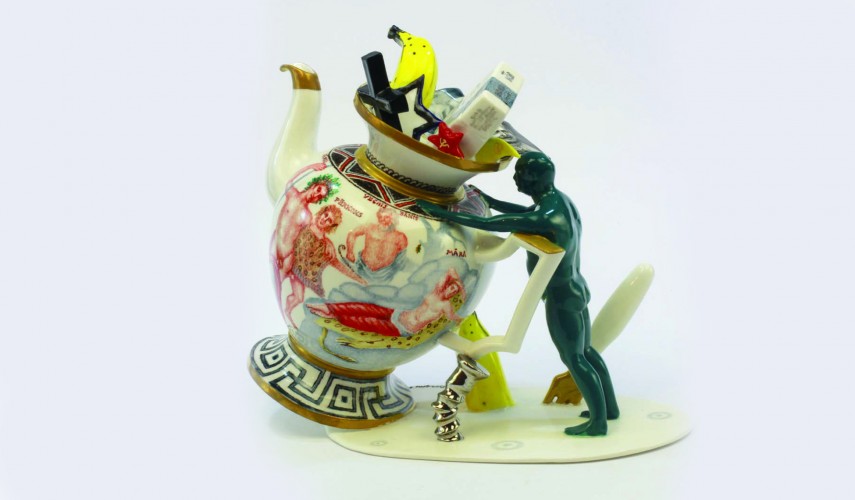 Juris Bergins, born and raised in Riga, the capital of Latvia, did not come to ceramics by a direct route. He first studied painting at the Janis Rozentāls Art High School in Riga, and later, design at the Art Academy of Latvia. As he began his artistic journey, the young artist tried various areas of creative activity, but found his true calling in ceramics. He displayed his first ceramic works, dishes and vases with overglaze decoration as well as a painted toilet, in 1987 at an exhibition at the “Jāņa sēta” Gallery in the Old Town of Riga. It was the success of this show that led Bergins to develop his individual style that produced a stand-out series of works at the 1989 exhibition held at the Dzintari House of Artists in Jūrmala. Strange as it may seem, it was actually an advantage that Bergins had not passed through an academic programme of ceramics, as he was protected from clichés and taboos arising from a traditional ceramics education. The search for his own creative identity coincided with the time of an historical breakthrough: Gorbachevʼs policy of liberalisation (perestroika) in the Soviet Union and the ‘singing revolution’ of the Baltic republics (Estonia, Latvia, Lithuania) which made it possible for the restoration of their independence in a largely peaceful way. Bergins’ maturation was influenced by the broad spiritual up-welling of this period, and the increased attention paid to the historical past of his country and its people.