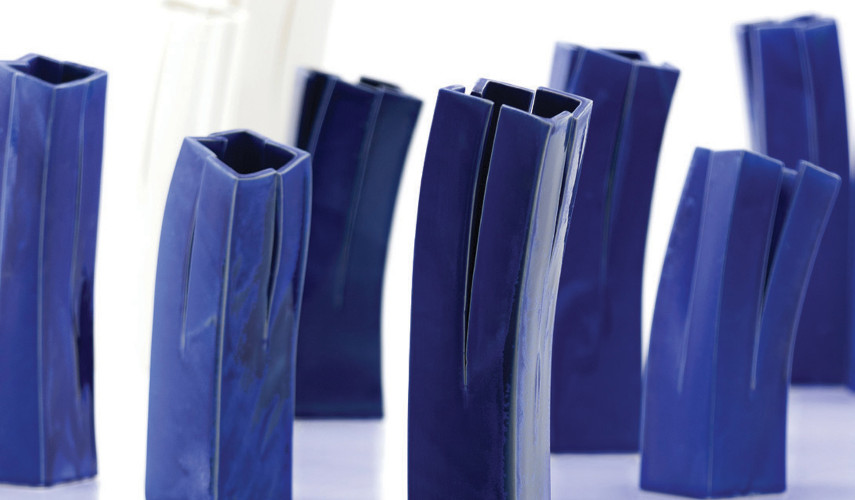 Jeongmee Lee makes useful works, almost all of which are quotidian objects such as vessels and furniture. Since she began working with Joseon white porcelain, glaze and lacquer 25 years ago, she has sought to develop her own distinctive forms. In addition, she has worked on developing a variety of colors and textures through a harmonious fusion of glaze and lacquer, concentrating particularly on the aesthetic hallmarks of Korean art: line, mass, and color. The forms embodied in Lee’s line series bear a resemblance to the pared-down, linear shapes and geometric compositions of ancient Korean architecture. Horizontal and vertical lines found in old latticed doors, columns and wells, equilibrium, harmony, and abstraction are reinterpreted from a modern perspective. While circular forms have undergone a variety of variations from apple-shaped lidded vessels, to jars and stools. Lee’s forms draw from the lines of natural objects such as mountains and streams, as well as the curves of moon jars.

Previous Article: « Picasso a Ceramicist? Absolutely.
Next Article: The Origins of Clay »