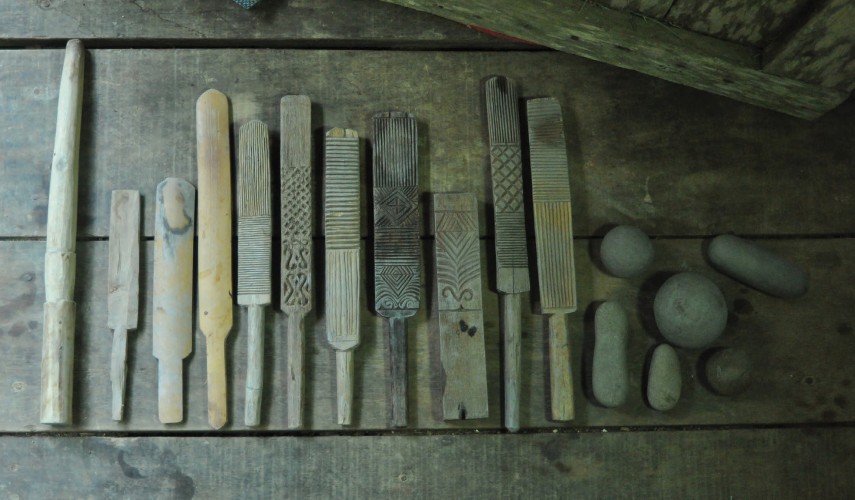 Traditional pottery making in Malaysia is a millenniums old tradition which that is supported by the Malaysian Handicraft Development Corporation and constructive steps have been taken to sustain it. Because Malaysia has an approximate population of 31 million, which is comprised of more than 200 different ethnic groups, the importance of this craft —, which carries strong traces of culture, — becomes evident. Thus, Dusun Tindal’s pottery production, which belongs to one of these main ethnic groups (of which a great majority live in the Sabah state), has been conserved by the Corporation due to their craft’s characteristics and the primitive methods they use throughout the process. Within the field study conducted in November 2014, it was determined that there were only two or three potters left in Malaysia’s Sabah state who were maintaining their traditional pottery production. Kantiam Binti Setan, who belongs to the Dusun Tindal tribe, was interviewed in her hut-workshop in the rain forests of Melangkap Kapa Village and her production process was recorded. The aim of this study is to examine and document Kantiam’s homeland’s traditional and cultural reflections on her ceramic forms.

Previous Article: « Porcelain-made Lotus Shoes in the Qing Dynasty of China
Next Article: Tableware Wear Where? »