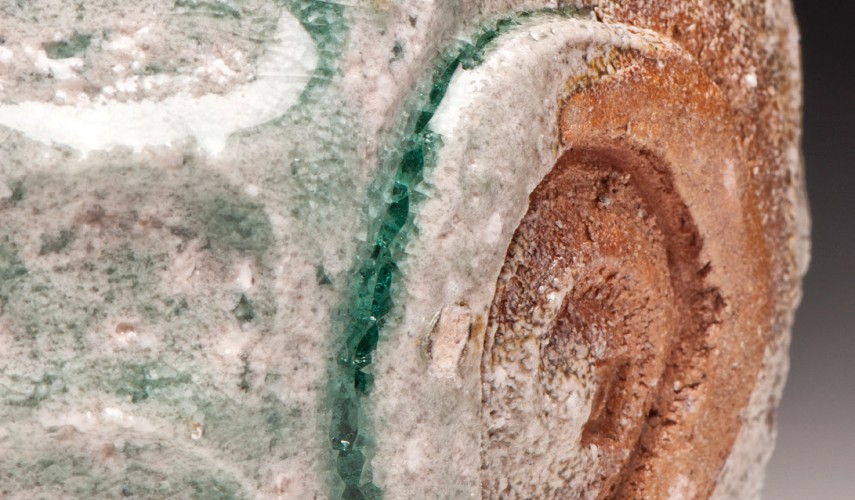 After arrival at the Osaka airport, it was only a matter of hours until we reached Shigaraki with Mr. Shiho Kanzaki driving me up into the mountains, chased by a fiercely beautiful pink-orange sunset. It was dark when we pulled into the kiln yard, a similar pink-orange glow highlighting bundles of wood, a small table, a clock, and the hulking shape of the kiln. Karl Beamer was stok-ing, and had been in Japan for more than a month making enough works to fill Kanzaki sensei’s anagama. The firing was already midway through the 10-day event that would consume 20 metric tons of Japanese Red Pine − roughly the equivalent of 17 (US) cords of seasoned fuel.

Previous Article: « Phil Rogers: Obituary
Next Article: The Craft and Customs of the Li Potters of Hainan »